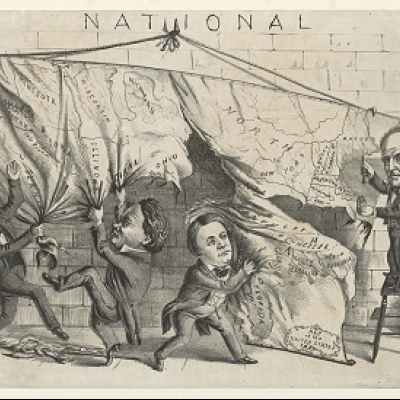 
The election of 1860 turned on the issue of the expansion of slavery into the western territories–especially into the New Mexico Territory. Following Lincoln’s election, the white South, believing a Republican president would abolish the institution of slavery throughout the country, panicked and began making plans to secede. The 8,000 pages of documents produced by elected officials over Secession Winter illustrate the South’s perceived need to protect slavery and white supremacy. Dr. Pitcaithley’s lecture will examine the fundamental causes of the South’s secession and its eleventh-hour willingness to trade state authority for federal authority in the protection for the institution of slavery in the context of the symbolic argument over the extension of this country’s peculiar institution.