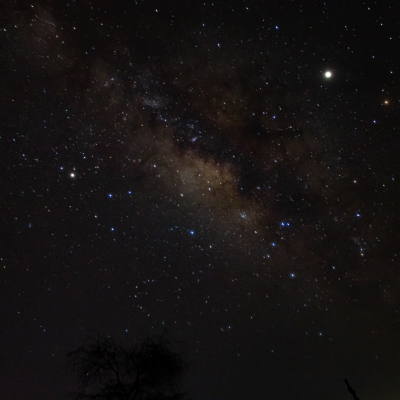 When Clyde Tombaugh discovered Pluto 90 years ago this month, he was ahead of his time.  It took decades to learn that Pluto is not the oddball outsider that it first seemed to be, but is the largest of a vast swarm of objects beyond Neptune called the Kuiper Belt.  NASA’s New Horizons spacecraft made the first close-up exploration of Pluto and its five moons in 2015, revealing a complex and dramatic world.  On New Year’s Day 2019, a billion miles beyond Pluto, New Horizons flew by a much smaller member of the Kuiper Belt, a 20-mile long mini-world now named Arrokoth.  Arrokoth turned out to be a pristine leftover from the solar system’s formation, unlike anything previously seen in the solar system.

Dr. John Spencer is Deputy Project Scientist on the New Horizons mission.  He grew up in England, and obtained a Bachelor’s degree in geology at the University of Cambridge in 1978 and a Ph.D. in Planetary Sciences at the University of Arizona in 1987.  He then worked at the University of Hawaii, and Lowell Observatory in Arizona, before coming to Boulder in 2004 to join Southwest Research Institute.  He specializes in the exploration of the outer solar system, using Earth-based telescopes, the Hubble Space Telescope, and interplanetary robot spacecraft.

Preregistration is encouraged. Tickets can be purchased at the door (if seats are available)