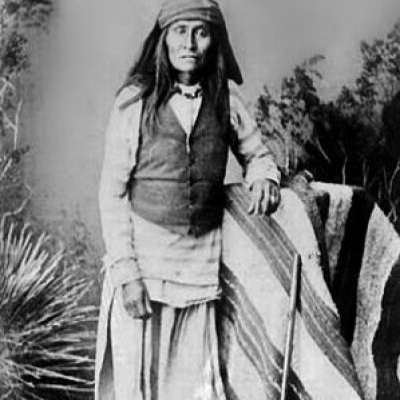 
This presentation focuses on the Apache Treaty of 1852, which is the only treaty negotiated solely with Apaches and ratified by Congress and the President.  Sandwiched between the Treaty of Guadalupe Hidalgo, which ended the U.S. - Mexico War in 1848, and the Mesilla Treaty (The Gadsden Purchase) of 1853, this treaty illuminates the complex history of the U.S.  – Mexico borderlands.  For Apaches, the Treaty reflected their diplomatic traditions with the Spanish, and most recently, Mexico.  With signatories representing the Chiricahua and Mescalero, and most notably, the highly respected Mangas Coloradas, the Treaty promised protection, supplies, and other resources to the Apache.  From the perspective of the U.S. military and civilian government, the Treaty promised – among other things – to enforce Article 11 of the Treaty of Guadalupe Hidalgo, which required the U.S. to stop Native incursions into Mexico and to Mexican captives back to their families south of the border.  Signed at Acoma Pueblo, this overlooked Treaty remains a vital document acknowledging Apache claims to land and their unique political and legal relationship with the United States.

Jeffrey P. Shepherd is a Professor of History and Chair of the Department of History at the University of Texas at El Paso.  He earned his PhD at Arizona State University and joined UTEP in 2002.  His first book, published in 2009 with the University of Arizona Press, is titled, We Are an Indian Nation: A History of the Hualapai People.  His second book, published with the University of Massachusetts Press in 2019, is titled, The Guadalupe Mountains National Park: An Environmental History of the Southwest Borderlands.  Dr. Shepherd is presently working on several projects: a manuscript focusing on historical memory and public commemoration tied to the Washita Battlefield National Historic Site in Oklahoma; and ongoing research into Apache history, particularly the 1852 Treaty.  He has received grants, contracts, and awards from the National Endowment for the Humanities, the Andrew W. Mellon Foundation, The Newberry Library, the American Historical Association, and the National Park Service.