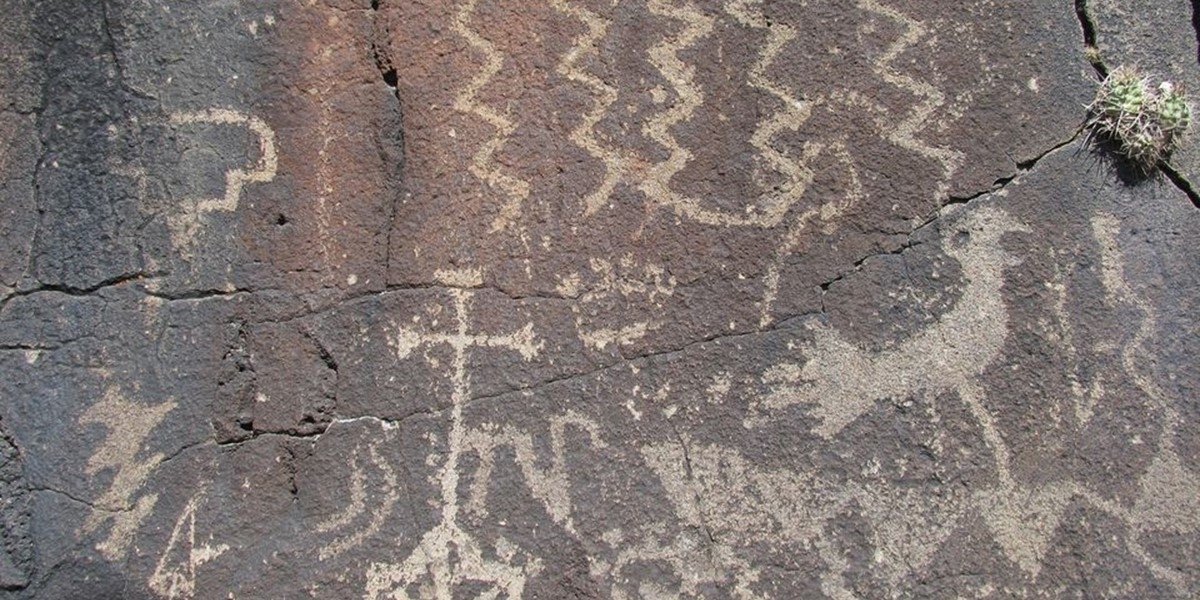 Mesa Talks is a joint lecture series between Los Luceros Historic Site and Mesa Prieta Petroglyph Project. This Month’s talk is given by Severin Fowles and will be presented virtually.

When the Spanish ventured into the Rio Grande valley during the sixteenth century, they encountered a pluralistic society composed not just of sedentary, village-based agriculturalists (the “Pueblos”) but also mobile bands of Athapaskan-speaking hunters, traders, and craft-specialists. The Spanish uneasily called the latter “barbarians” (bárbaros)—a reference to both their mobility and the significant military threat they posed—but they quickly came to appreciate their crucial role in the political life of the region. Not only did migratory Athapaskan bands prove vital allies in military campaigns, they also provided essential economic access to the bison resources of the Great Plains in the east. Moreover, Spanish missionaries found the Athapaskans unusually willing to adopt at least a superficial Catholicism, presumably as a result of their long history of pragmatically navigating intercultural relationships. In this presentation, I consider the impact of Spanish colonization on Athapaskan image production in New Mexico, using rock art as a window onto the unfolding cultural exchanges between settler and Indigenous societies. I focus on two types of Athapaskan images: the so-called Biographic Tradition images pioneered by Apache artists during the late seventeenth century and the distinctive Mountain Spirit (Gaan) imagery, the latter of which may have begun to develop during the 17th or 18th century but only attained its classic form during the nineteenth century. Such images, I suggest, emerged in response to the new aesthetics of colonial occupation, among an Indigenous community with a long pre-colonial history of innovation, cultural appropriation, and creative reinvention.
See Less