From a 1602 field drawing of a buffalo to portraits of President George Washington, Spanish explorers, colonists and diplomats have played key roles in American culture for five centuries. A new exhibit at the New Mexico History Museum explores the first 300 years of those encounters – from the friars who made first contact with Native peoples through Spain’s timely assistance to American forces in the Revolutionary War.

The Threads of Memory: Spain and the United States (El Hilo de la Memoria: España y los Estados Unidos) opens its doors to the public from 10 am to 5 pm on Oct. 17. Be among the first to enjoy the U.S. premiere of nearly 140 rare documents, maps, illustrations and paintings – many of which have never been displayed outside of Spain. As part of the opening festivities, the Threads of Memory Lecture Series will open at 1:30 pm in the Auditorium. The Museum of New Mexico Women’s Board will provide refreshments in the Gathering Space from 3-5 pm.

Each week thereafter, through the exhibit’s conclusion on Jan. 9, 2011, the museum will feature lectures, musical performances, panel discussions and more to further explore the role Spain has played in shaping America as it is. (See complete schedule below.) After its debut in the museum’s Albert and Ethel Herzstein Changing Exhibits Gallery, the exhibit travels to the El Paso Museum of History and the Historic New Orleans Collection.

The exhibition is sponsored by the Fundación Rafael del Pino and, along with the Archivo General de Indias (General Archive of the Indies), is co-organized with the   State Corporation for the Spanish Cultural Action Abroad (Sociedad Estatal para la Acción Cultural Exterior, or SEACEX), in collaboration with Spain’s Ministries for Foreign Affairs and Cooperation and Culture.

Also accompanying the exhibit, which is presented in Spanish and English, is a full-color, bilingual catalog, The Threads of Memory, detailing all of the documents on display. Highlights among them:

·         The instructions given to Fray Marcos de Niza to explore northern New Spain, and accounts of his discoveries here, including Cíbola and other towns

Lectures and performances in the Threads of Memory Lecture Series are free with museum admission (Fridays 5-8 pm free to everyone; Sundays free to NM residents; children 16 and under always free). The events will be held in the museum auditorium. The schedule:

2 pm: “ Following the Paper Trail: The Daily Life of a Spanish Colonial Document,” lecture by Dr. Alfred E. Lemmon, an authority on French and Spanish colonial history. Lemmon is director of the Williams Research Center at the Historic New Orleans Collection and is its curator of manuscripts.

The exhibition and lecture series are presented in New Mexico with special support from the city of Santa Fe, Wells Fargo Bank, Heritage Hotels, Santa Fe University of Art & Design and the Palace Guard. 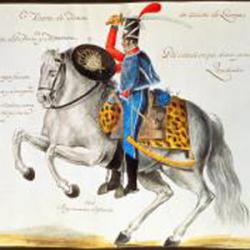