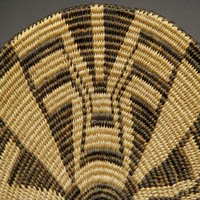 For the first time in over 30 years, the Museum of Indian Arts and Culture opens a major exhibition of North American Indian baskets on Sunday, November 20, 2011. The exhibition runs through February 23, 2014.

All objects tell a story, if you know the right questions to ask. At the time the baskets in this exhibition were collected little to no information was recorded; the weaver’s names are largely unknown. Nonetheless, each basket has an identity, a woven identity. The identity of each basket—where it was made; when it was made; who made it; who it was made for; why it was made—by “reading” its individual characteristics.

To read a basket five principal traits must be taken into account: material, construction, form and design, and utility. Woven Identities is divided into five sections representing these essential and diagnostic Native American basketry traits. If you ever wanted to learn the language of baskets, begin your journey with this exhibition.

On exhibit are baskets woven by artists representing 60 cultural groups, today referred to as tribes, bands, or pueblos. The weavers’ ancestral lands are in six culture areas of Western North America: The Southwest, Great Basin, Plateau, California, the Northwest Coast, and the Arctic.

Baskets can be functional. Burden baskets were for carrying. The improbable task of cooking was done in baskets—heated stones were added to food and liquid contents in meal preparation. Water was carried and clams collected in others. Baskets also served as hats (especially, but not exclusively, to the tourist trade).

Of the 241 baskets in the exhibition, only 45 have been attributed to individual artists. Woven Identities honors those weavers and the many others whose names we do not yet know. 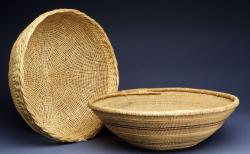 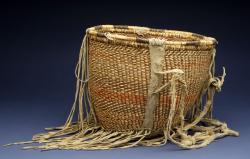 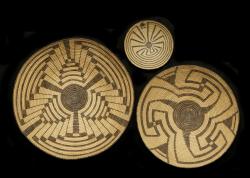 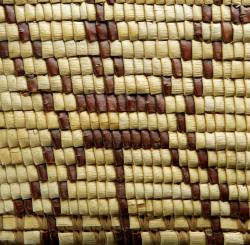 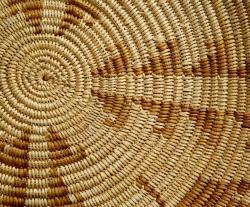 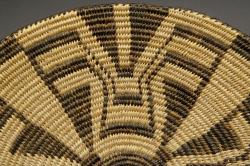 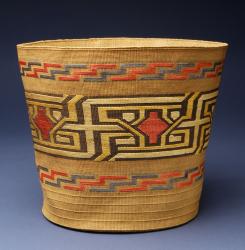