Don Edwards, a premier performer of old-time ballads and cowboy songs, performs in the New Mexico History Museum Auditorium at 2 pm on Sunday, March 10, an advance event for the exhibition Cowboys Real and Imagined, opening April 14. Tickets for Edwards’ performance are $25 at the History Museum Shop; call (505) 982-9543 or go to www.newmexicocreates.org and click on “Museum Products.”

A historian, author and musicologist, Edwards has been nominated for a Grammy and enjoys national popularity for his authentic recreations of cowboy lore and musical traditions. Gifted with a rich voice and engaging stage presence, he has two recorded anthologies of cowboy songs: Guitars & Saddle Songs and Songs of the Cowboy, which were combined into the 32-song double CD/set, Saddle Songs, winner of the Best Folk/Traditional Album at the 1998 INDIE Awards. The National Cowboy & Western Heritage Museum in Oklahoma City has awarded him six prestigious Wrangler Awards for Outstanding Traditional Western Music. Edwards has presented seminars at Yale, Rice, Texas Christian and other universities. His recordings under the Warner Brothers Western label include Goin’ Back to Texas, Songs of the Trail, The Bard & The Balladeer and West of Yesterday. As an actor, he portrayed Smokey in the film The Horse Whisperer. The conclusion of the 2005 Werner Herzog film, Grizzly Man, featured Edwards’ recording of Coyotes.

Download a high-resolution image of Edwards by clicking on "Go to related images" at the bottom of this page.

Cowboys Real and Imagined explores New Mexico’s cowboy legacy from its origin in the Spanish vaquero tradition through itinerant hired hands, outlaws, rodeo stars, cowboy singers, Tom Mix movies and more. Guest curated by B. Byron Price, director of the Charles M. Russell Center for the Study of Art of the American West at the University of Oklahoma and director of the University of Oklahoma Press, the exhibit grounds the cowboy story in New Mexico through rare photographs, cowboy gear, movies and art. The largest original exhibit mounted by the museum since 2009’s Fashioning New Mexico, it includes a bounty of artifacts ranging in size from the palm-sized tintype of Billy the Kid purchased at a 2011 auction by William Koch to the chuck wagon once used by cowboys on New Mexico’s legendary Bell Ranch.

For more information on Cowboys Real and Imagined, including a full year of programming events, click here (or log onto media.museumofnewmexico.org/events.php?action=detail&eventID=1421). 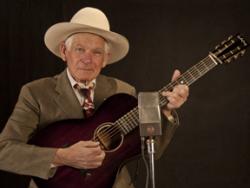