Trasteros and Trunks from the Permanent Collection
Museum of International Folk Art
Jan 3, 2007 through Nov 30, 2008 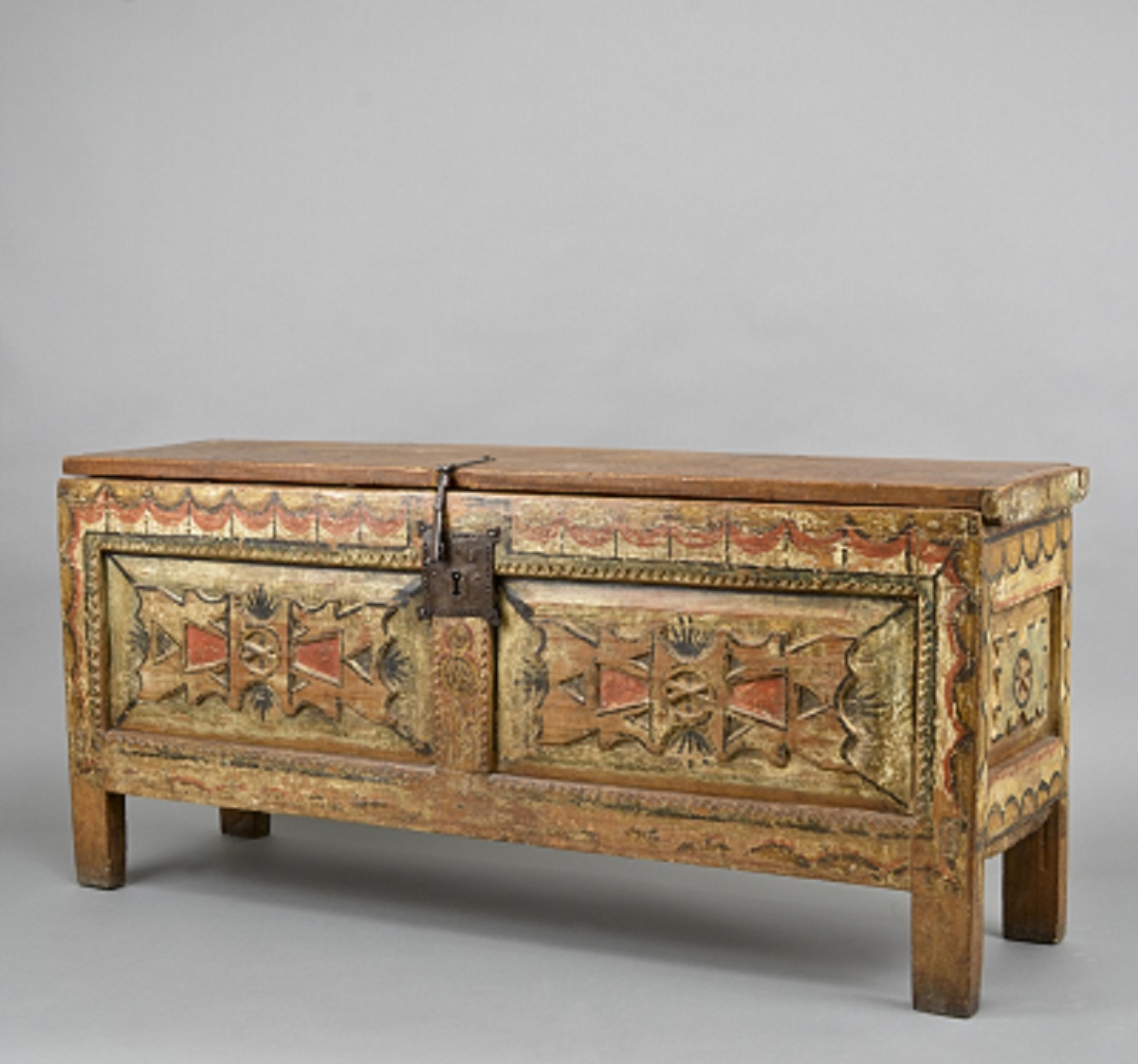 The tradition eventually crossed the Atlantic into Mexico and New Mexico. Spanish chests were often decorated with ornate mudejar, or Christo-Mauresque, woodworking techniques as well as baroque relief carving. In New Mexico these highly decorative outside influences translated into a more "simple" folk style. Most chests and trunks were made locally in New Mexico, while others were imported from Mexico and as far away as China. Estate inventories during the 18th and 19th centuries list the chest as the most common piece of furniture in New Mexican households due to their multipurpose capabilities.

Chest (Caja), Ranchos de Taos, New Mexico, early 19th century. Wood, gesso, paint. This chest appeared in an 1818 Church inventory in Ranchos de Taos where it was used for storing church vestments. The chest is carved and constructed in the same manner as a group of chests made by the Valdez family in Velarde, New Mexico. This piece later acquired by artist Bert Phillips and appears in one of his paintings. While the original Velarde chests show traces of paint, this one was most likely painted over. Museum Purchase, Museum of International Folk Art (A.1959.11.1). Photograph by Carrie Haley.