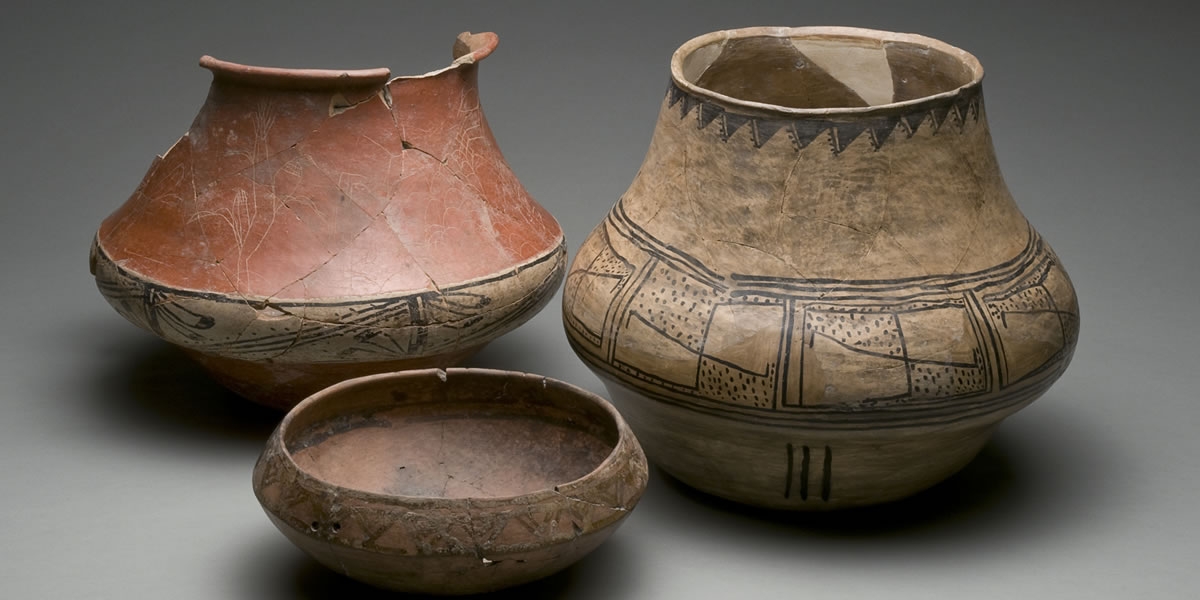 Now 400 years old, Santa Fe was once an infant city on the remote frontier.  Santa Fe Found: Fragments of Time, on long-term exhibit in the Palace of the Governors, explores the archaeological evidence and historical documentation of the City Different before the Spanish arrived, as well as at the settling of the first colony in San Gabriel del Yungue, the founding of Santa Fe and its first 100 years as New Mexico’s first capital.

“This exhibition gives visitors a broad perspective of the settling of Santa Fe and the web of cultural influences the Spanish brought with them,” Diaz said. “The founding of Santa Fe is a big and complex story to tell, and this show offers a glimpse of different aspects of Spanish colonial life, from the domestic to the economic to the political and religious.”

Santa Fe Found serves as living proof of how the lives of the founders were lived, including who they married, the hardships they faced, the tools they used and the foods they ate. (Hint: Carne Adovada was generations away; turkey, deer and rabbit were often the dish of the day.)

Prior to the construction of the New Mexico History Museum, which opened in May 2009, Post and his fellow archaeologists conducted a two-year dig to investigate the archaeology of the site at 113 Lincoln Ave., just off the Santa Fe Plaza. More than 90,000 artifacts were unearthed from the 17th-century, revealing tales of life as it once was.

“Surprising to some and not to others, the New Mexico History Museum was complex and rich in the information it yielded on 300 years of people living and working behind the Palace of the Governors,” Post said. “Combined with Dedie Snow’s 1974-1975 excavations within the Palace, our work gives a unique inside-outside look at a central place in New Mexico history.”

Other featured archaeological sites add to the story. The Baca-Garvisu site was the home of a prominent Santa Fe family in the 1700s, located where the Santa Fe Community Convention Center now stands. The Sanchez Site, an early Spanish estancia, or rural settlement, was partly excavated in the 1980s and is now managed by El Rancho de los Golondrinas. Also prominent in the exhibition is San Gabriel del Yungue at the Pueblo of Ohkay Owingeh, where the first Spanish colonists briefly set their roots.

Spain’s far northern colony of Santa Fe was reached by a six-month journey up El Camino Real, a barely mapped and uncertain route that held only hazy promises of water and shelter. Holding together a caravan of 700 people – soldiers, friars, men and a few women and children – and the tools and livestock it would take to build a new colony tested the explorers’ abilities and, sometimes, their humanity.

Some of the artifacts show that, despite the frontier conditions, fine goods had managed to travel up El Camino Real to homes and missions in the colony. A sampling of the pottery that was found on the digs includes Spanish majolica, blue-and-white Mexican pottery modeled on examples from the Ming Dynasty in China, colorful Mexican pottery and Pueblo pottery. Also found were tobacco pipes, gold earrings, gunflints and arrowheads.

A few sherds of the pottery found by archaeologists speak to a monumental expedition. Centuries past, they were parts of delicate Ming vases loaded onto a Spanish galleon at a Chinese port for an ocean journey then a bumpy trip up El Camino Real to the young colony.

“Considering the Chinese pottery traveled across the ocean and then 1,600 miles up the Camino Real, it’s not surprising – and it’s even amazing – that we found only one or two pieces of these vessels,” Post said.

From these roots grew La Villa Real de Santa Fe, the Royal City of Santa Fe. What do the historical accounts say of the homes they built and the crops they grew? What has the soil yielded of their lives, the fragile beginnings of a young Spanish colony?

Come to the exhibit to find out. 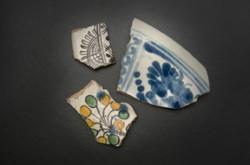 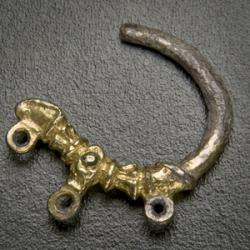 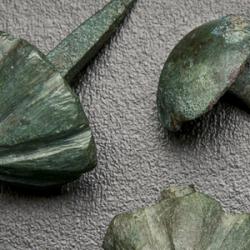 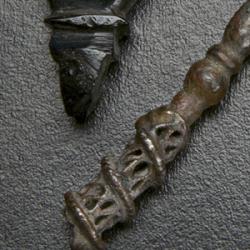 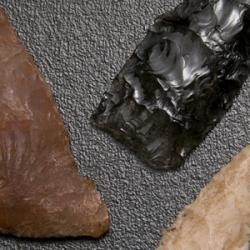 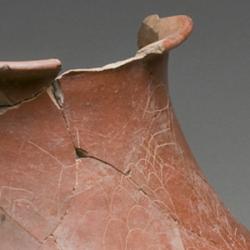