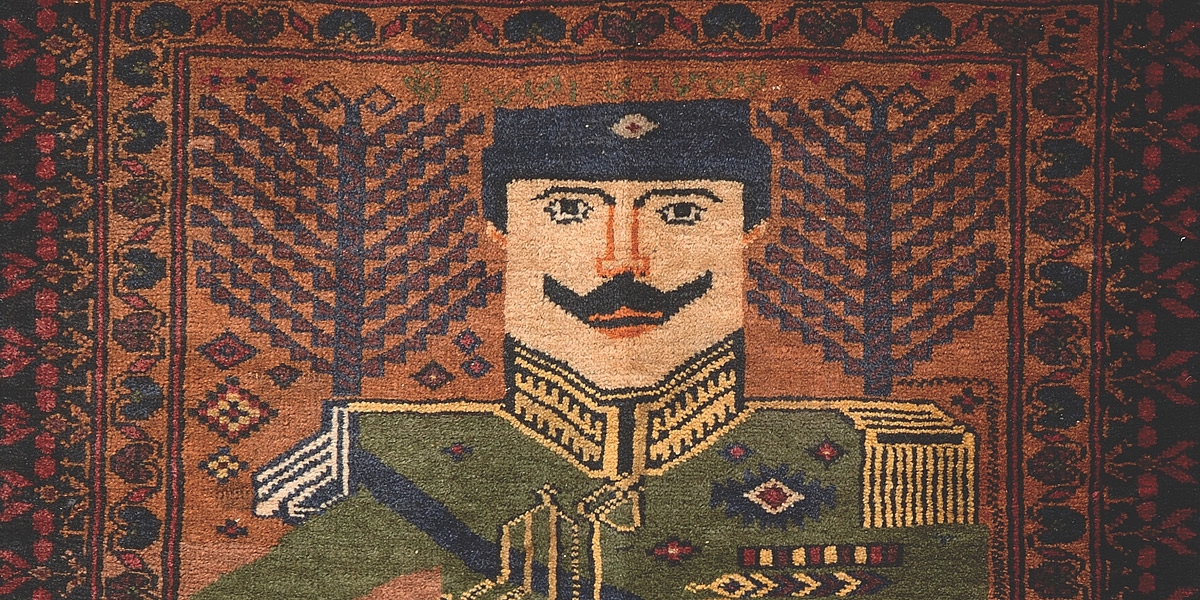 War rugs “are the production of women artists, and of communities speaking globally not just locally,” said co-curator Annemarie Sawkins. “War rugs reflect Afghanistan’s historic and modern place as a busy cultural crossroads. They reveal the observant and innovative nature of the people who produced them.” Afghan “war rugs” gained international attention following the Soviet invasion of 1979 when millions of refugees fled to neighboring Pakistan and Iran.

This unique subset of handwoven rugs can teach us about the innovative nature of rug design and production, as well as the long history of foreign involvement in Afghanistan. Rug producers, provoked by decades of traders and invaders in the country, adapted traditional motifs and compositions, translating them into depictions of world maps, tourist sites, weapons, and military figures. Such war rugs have proven popular among occupying military personnel, journalists, foreign aid workers, international collectors, and contemporary art curators. Over the years, rug makers have continued to update popular imagery and themes to reflect current events, changing technologies, and the tastes of potential buyers.