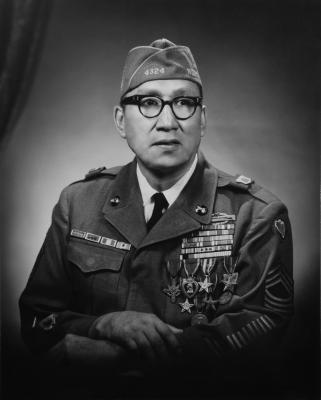 Woodrow Wilson Keeble (Eastern Sioux, 1917-1982) was a veteran of World War II and the Korean War. For his actions in combat, he received the Distinguished Service Cross, the Silver Star, the Bronze Star, 2 Purple Hearts, and the Combat Infantryman Badge. In 2007, his Distinguished Service Cross was posthumously upgraded to the Medal of Honor for his bravery during the Korean War.