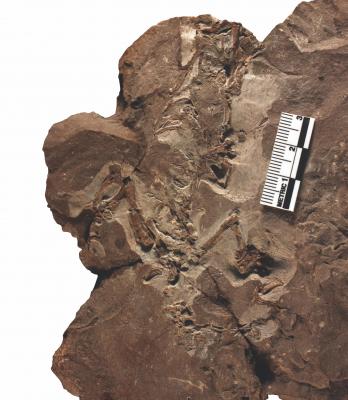 From the New Mexico Museum of Natural History & Science

A portion of the rocks containing fossil remains of Eoscansor, the oldest known tree-climbing reptile. Eoscansor was discovered by a team of researchers, including several from NMMNHS, in 305-million-year-old rocks near Chama.