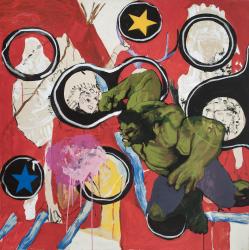 From the press release:
I-Witness Culture: a Solo Exhibition of the Unique Brand of Work Of Frank Buffalo Hyde Opens at MIAC


Hulk vs. the Hydra