Opening on Sunday, Feb. 20, 2021, “A Fiery Light: Will Shuster’s New Mexico,” celebrates the centennial of the artist’s arrival in the Southwest. The New Mexico Museum of Art exhibition highlights the artistic legacy he developed in Santa Fe and elsewhere throughout New Mexico and emphasizes the significant artistic relationships he forged in the state. “A Fiery Light” showcases the artwork Shuster left behind, illustrating the rich culture of the state that gave him a new lease on life.

In 1920, serious health issues brought William Shuster to New Mexico, kicking off 49 years of creativity, exploration, and engagement in the Land of Enchantment. Almost immediately, he integrated himself into Santa Fe’s burgeoning bohemian art scene and made a reputation for himself as an eccentric and passionate member of the community with an unsurpassed lust for life. Shuster embraced the unique beauty of New Mexico from Carlsbad Caverns, to Cañoncito, all the way to the Badlands.

In addition to exhibiting the artwork that Shuster produced in New Mexico, “A Fiery Light” will look at his time as a member of Los Cinco Pintores, an early group of young Santa Fe painters devoted to “taking art to the people.” Shuster’s work will be paired with that of his peers including paintings by Walter Mruk, Fremont Ellis, Jozef Bakos, and Willard Nash. The show also explores his relationship with prominent American realist painter John Sloan and his collaboration with Gustave Baumann to conceive of the now iconic Santa Fe boogeyman, Zozobra. Exhibiting Shuster’s work alongside that of his contemporaries will offer visitors a look at the bohemian community of Santa Fe’s early artistic scene.

“Working with our museum’s collection of 20th-century art, one of my perennial charges is to figure out how to make the art of the past relevant now, and Shuster made this easy,” said Christian Waguespack, curator of the exhibition. “When I first planned this exhibition, I intended to have the opening correspond with the burning of Zozobra and the anniversary of Shuster’s arrival in Santa Fe. I would be lying if I said I wasn’t disheartened when we had to push the show back due to COVID. But looking back over the past year, as we are reopening our doors in the face of a global pandemic and a year where everyone on some level has had to reevaluate  values and how we choose to live, it is clear that now – more than ever – is the time for a celebration of Will Shuster.”

The museum is excited to exhibit Will Shuster’s marvelous work. He was a man who moved West preparing to die, and who not only lived, but thrived. Shuster reminds us that we choose to create our own joy, and bring joy to our community; we choose to thrive in the face of adversity. 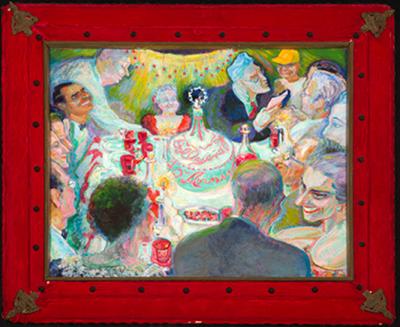 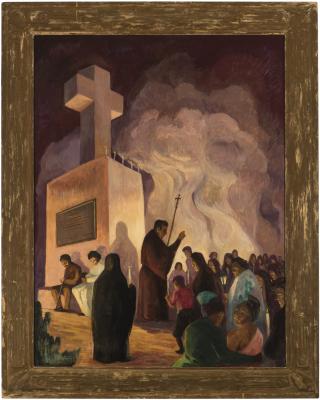 Sermon at Cross of the Martyrs 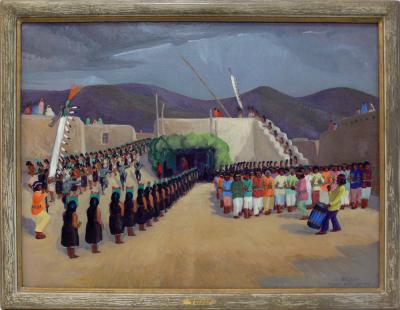