The Girard Collection: Enduring Appeal It is entirely possible to be both delighted and overwhelmed by the Alexander Girard’s one-of-a-kind exhibition—even after twenty-five years. The vastness of the exhibit space, the complexity of the design, the sheer quantity of objects on display—the immensity and intensity can be overpowering. And compelling.That’s why Multiple Visions: A Common Bond has been the destination for well over a million first-time and repeat visitors to the Museum of International Folk Art. First, second, third, or countless times around, we find our gaze drawn by different objects, different scenes. Even after more than a decade here at the museum, I always “discover” a new piece, one that I’ve passed by but not focused on before.I expect that the more than 10,000 objects to see will continue to enchant museum staff and patrons. With his singular vision and intuitive understanding of the multiplicity of cultures and artistic genres, perhaps Girard himself felt the same unflagging delight when he was designing the exhibit. Girard rewards those who look carefully with touches of wit and whimsy, amazing us with his command of detail and sense of perspective. He appeals to children and adults alike who peer into the sets from different angles, to glimpse people and animals, puppets, dolls, and small figures of clay, wood, paper, cloth, and, yes, even plastics. Some look familiar, clearly identifiable as the products of specific cultures and places. Others take us to places we can only imagine. Who can ever tire of going back to these places of enjoyment and creativity? 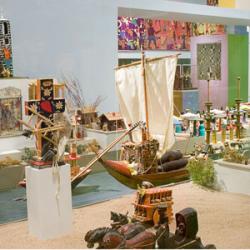 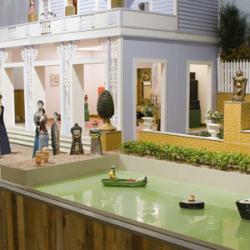 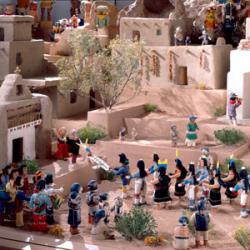 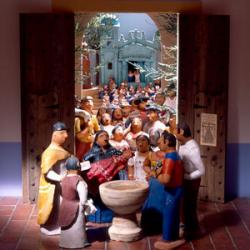 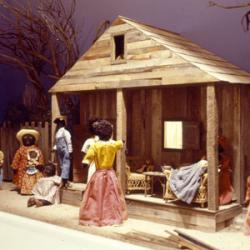 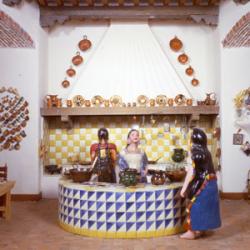 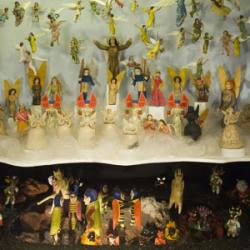