“Glass: Selections from the Collection” Now on Exhibit at MOIFA


In collaboration with Museum Hill partners, a new thematic display, “Glass: Selections from the Collection,” has moved into Lloyd’s Treasure Chest at the Museum of International Folk Art (MOIFA). This exhibition is on display through January 30, 2022.

One of the most prevalent uses of glass in the MOIFA collection is beadwork. Examples in the show include beads as eye-catching miniature building blocks for sculptural works and beads as adornment on garments or household objects. Glass beadwork takes center stage in this exhibition through South African beaded figures, complex beaded designs on Indonesian baskets, and fine details on German mitts and Plains Indian moccasins and gauntlets.

“Through this selection of glass objects – and objects made with glass elements – we sought to show the myriad creative uses of this ubiquitous and malleable medium,” said Laura Addison, Curator of European & American Folk Art at MOIFA.

From the museum’s rich textile holdings, the show also features a selection of exquisite, beaded hats and headpieces from around the world, as well as a remarkable late 19th-century Mexican traje de luces (traditional matador costume) that will be on display.

Other highlights include glassware from various international locales or glass hubs, such as recent Syrian and Palestinian blown-glass vessels, 18th-century enamel-painted drinking vessels from Switzerland, and Italian and Czech glassware. Reverse-painted glass and tinwork from  MOIFA’s New Mexico Hispano collection and glass-shard assemblages by the self-taught artist known as The Baltimore Glassman round out the various ways glass is used by folk artists. 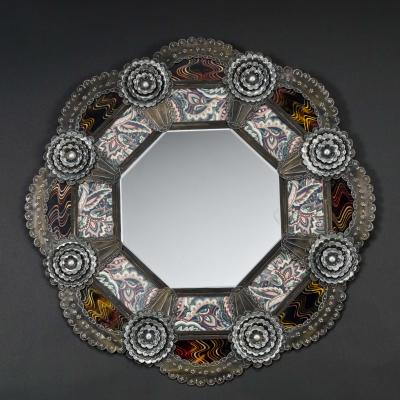 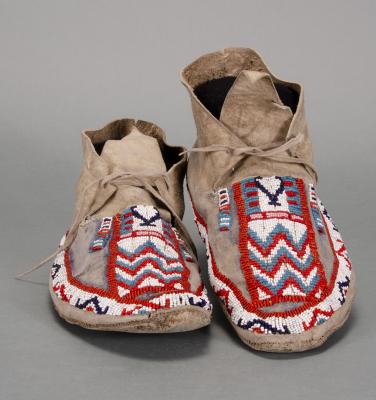 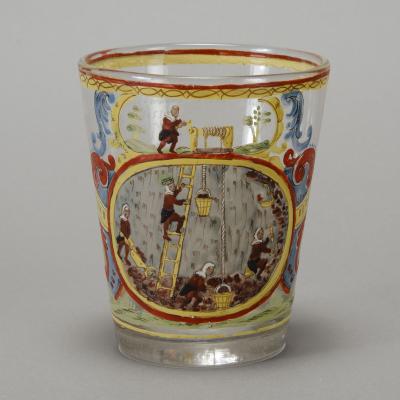