Jemez Springs, NM – New Mexico Historic Sites is delighted to announce the return of Pueblo Independence Day to Jemez Historic Site (JHS) on August 14. Starting at 10 a.m., the site will welcome visitors for the first time in two years to enjoy traditional Native American dances from Jemez Pueblo dancers, tour the ancestral ruins of Giusewa Pueblo and San Jose Mission, shop arts and crafts, and grab a bite to eat.

“We are very excited to once again welcome the public to Pueblo Independence Day,” said Adrienne Boggs, interim regional manager of Jemez and Coronado Historic Sites. “Jemez Historic Site is the location of the Giusewa Pueblo, which was built by the ancestors of the present-day Jemez people. We cherish the opportunity to partner with Jemez Pueblo on this special event every year, and to celebrate the contributions and achievements of all Pueblo people.”

Pueblo Independence Day commemorates August 10, 1680, the day the Pueblo people united to drive the Spanish from their homelands. By that time, the Pueblo people had endured nearly one hundred years of colonization, turmoil, and the loss of cultural traditions. Po’Pay, a holy man from Ohkay Owingeh, organized the revolt: he sent runners to each of the pueblos with a knotted cord. Each knot represented a day. When the last knot was untied, the day of uprising had come. The revolt was successful, forcing the Spanish to modern-day El Paso, Texas, and the Pueblo peoples won their independence. While the Spanish ultimately returned in 1692, the revolt was successful in unifying many Native American peoples and winning some concessions from their colonizers.

The day begins with a 12.5-mile run held to honor the runners sent to the distant pueblos. The run starts at 7 a.m. and will be held with police escort along Highway 4 to JHS. The runners who complete the run will receive a blessing inside Giusewa Pueblo’s reconstructed kiva. Visitors interested in participating are asked to congregate in the plaza at Jemez Pueblo. 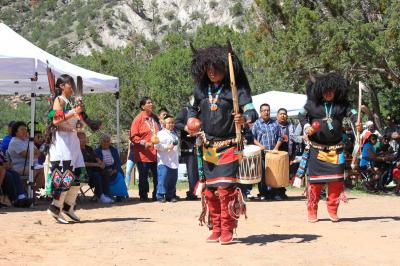 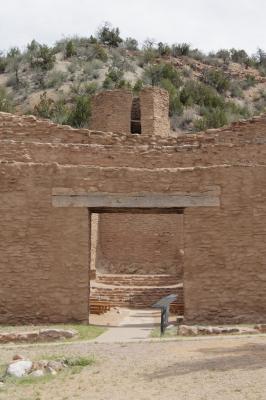 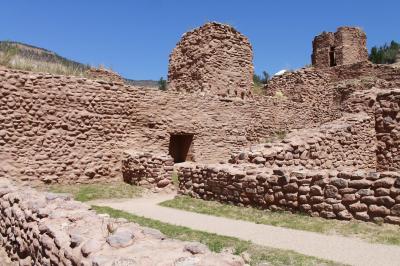 Mission Church and Convento from the east