Santa Fe, NM - The New Mexico Department of Cultural Affairs (NMDCA) is pleased to announce that Pollyanna “Polly” Nordstrand (Hopi) has been appointed to serve as executive director of the Museum of Indian Arts & Culture (MIAC) on Museum Hill in Santa Fe. Nordstrand will assume the role on November 14, 2022.

As executive director, Nordstrand will be responsible for guiding the museum as a center of stewardship, knowledge, and understanding of the artistic, cultural, and intellectual achievements of the diverse peoples of the Native Southwest. She will supervise a dedicated staff of curators, educators, anthropologists, and archaeologists who are responsible for the preservation and interpretation of ethnographic, contemporary, and archaeological objects and works of art that represent the diverse Native peoples of the American Southwest and northern Mexico. Nordstrand will also manage a complex that includes the museum and its educational spaces, theater, sculpture garden, café, and outdoor event spaces; the Laboratory of Anthropology library and archives; and the Center for New Mexico Archaeology, New Mexico’s archaeological repository.

“MIAC has created an impressive practice of collaboration to celebrate and showcase the collection as well as the work of contemporary artists,” said Nordstrand. “It is an exciting time to step into this leadership position as MIAC envisions its place as a 21st century museum with new exhibitions and expanded partnerships with tribal communities. It is a deep honor to contribute to the future success of the museum as a place for sharing and learning.”

Nordstrand is recognized as an innovative leader in the museum world and the field of Indigenous art. She comes from Crystal Bridges Museum of American Art where she was appointed as the museum’s first Curator of Native American Art. Her extensive museum experience also includes serving as Curator of Southwest Art at the Colorado Springs Fine Arts Center Museum at Colorado College and Associate Curator of Native Art at the Denver Art Museum. She entered museum work the same year that NAGPRA legislation came into effect and her approach to museums has been shaped by the increasing collaboration between tribes and institutions.

“We are delighted that Polly has accepted the executive director position at the Museum of Indian Arts and Culture,” said Debra Garcia y Griego, Cabinet Secretary for the New Mexico Department of Cultural Affairs. “She is a believer in community engagement and deeply committed to achieving buy-in from stakeholders, especially from the people whose art and culture are being interpreted and exhibited.”

As a Hopi, she maintains an ongoing relationship with the staff at the Hopi Cultural Preservation Office to seek advice and advance their participation in museum projects. Her focus has been to expand audiences’ understanding of the complex histories of Indigenous people through exhibitions of artistic and cultural expression.

Throughout her career in museums, Nordstrand has been active in creating change by advocating for equity and inclusion in museums. As an emerging professional, she co-founded the American Alliance of Museums’ Diversity Committee after leading the Native Americans and Museums Professional Interest Committee for multiple years.

Nordstrand has produced several solo exhibitions of contemporary artists including Nora Naranjo Morse, Christine Howard Sandoval, Anna Tsouhlarakis, and Melanie Yazzie. The Andy Warhol Foundation and Ford Foundation have both supported her scholarship of Indigenous art through direct grants. Her expertise has been called upon as a consultant to projects with the A:shiwi A:wan Museum and Heritage Center, Smithsonian Institution’s National Museum of the American Indian, The Metropolitan Museum of Art, and Art Institute of Chicago. She earned a Master of Arts from California State University, Fullerton and was selected to participate in the Getty Leadership Institute’s Museum Leaders: The Next Generation program.

About the New Mexico Department of Cultural Affairs Created in 1978 by the New Mexico Legislature, the Department of Cultural Affairs (NMDCA) is New Mexico’s cultural steward, charged with preserving and showcasing the state’s cultural riches. With its eight museums, eight historic sites, arts, archaeology, historic preservation, and library programs, the DCA is one of the largest and most diverse state cultural agencies in the nation. Together, the facilities, programs, and services of the Department support a $5.6 billion cultural industry in New Mexico. 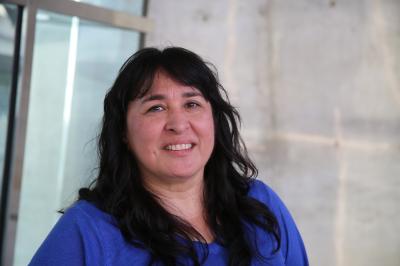