Pulling Back the Veil: A conversation with Kirk and Sheila Ellis on Iran


(SANTA FE, January 23, 2017)—Seasoned world travelers and folk art collectors Kirk and Sheila Ellis will share some of their experiences and images from their recent journey through Iran’s Central Valley at the Museum of International Folk Art (MOIFA) on Sunday, February 19 at 2 pm. The event is free with museum admission.

Kirk, better known for his award-winning work as screenwriter and producer and his wife Sheila, passionate folk art collector and board member of the International Folk Art Market|Santa Fe, spent two weeks in October and November 2016 visiting such historic cities as Teheran, Yazd and Isfahan, a UNESCO World Heritage Site.

The Iran that Kirk and Sheila will talk about is one famous for many things—among them its long tradition of Persian–Islamic arts and architecture whose covered bridges, palaces, mosques and minarets in some instances dating as long ago as 2,500 years. The Ellis’ conversation will pull back the veil on an ancient culture overshadowed by decades of Western media reporting that has been more influenced by political events. And, Sheila will relate what it was like for a woman to travel in Iran.

As Kirk says, "The country’s portrayal in Western media bears little resemblance to what Sheila and I experienced. We were struck by the commonalities, finding there a people who identify more with their remarkable Persian heritage. This trip—our first—was a revelation. Iran is an overwhelmingly welcoming country—secular, urban and cosmopolitan.”

The Ellis’ visually stunning images—from street and market scenes, to the arts and crafts, and architecture—will be the jumping off point for a lively and wide-ranging conversation.

Kirk noted that, “While there were restrictions on our movements—staying with an authorized guide with an approved itinerary—we had more freedom than we’d expected and were able to slip the leash and wander.” This is evident in their extraordinary and not-often seen images.

“The genie is out of the bottle and he will be hard to put it back in. Sheila and I want folks who attend our talk to know that you have to go beyond what you read in the papers—nothing beats the face-to-face interaction like we had. We hope everyone leaves as inspired as we were by this amazing country.”

Kirk and Sheila’s hour-long conversation will be followed by a Q & A with the audience.

WHAT: Pulling Back the Veil: A conversation with Kirk and Sheila Ellis on Iran

BRIEF: Seasoned world travelers and folk art collectors Kirk and Sheila Ellis will share some of their experiences and images from their recent journey through Iran’s Central Valley at the Museum of International Folk Art (MOIFA) on Sunday, February 19 at 2 pm. The event is free with museum admission.

About Kirk and Sheila Ellis Kirk Ellis, serves on the board of the Museum of New Mexico Foundation and is a Lead Trustee for the Museum of International Folk Art. Ellis won two Emmys, a WGA Award, a Peabody and the Humanitas Prize for his work as writer and co-executive producer on the HBO miniseries “John Adams.” Previously, Ellis received an Emmy nomination and won the WGA Award and Humanitas Prize for the ABC miniseries “Anne Frank,” which he wrote and co-produced. Ellis collaboration with Steven Spielberg and DreamWorks on the miniseries "Into the West" brought him the Western Writers of America’s Golden Spur Award for Best Drama Script for the episode “Hell on Wheels." He also received the Wrangler Award for Best Television Feature from the National Western Heritage Museum for his work on the miniseries, on which Ellis served as writer and supervising producer. Ellis is a graduate of the University of Southern California’s School of Cinema and Television and began his professional career as a film critic for The Hollywood Reporter, and at age 24 served as the magazine’s international editor.  A former co-governor of the writers’ branch of the Academy of Television Arts and Sciences, Ellis served for four years as chairman of the Santa Fe, New Mexico Arts Commission. Currently, he is the president-elect of Western Writers of America and also sits on the advisory board of Richmond, Virginia-based James River Writers.

Sheila Ellis, serves on the board of the International Folk Art Alliance and holds a B.A. in religious studies from California State University, Fullerton. She taught high school history and English for over a decade in East Los Angeles, eventually becoming chair of the history department at Francisco Bravo Medical Magnet High School. There she introduced a curriculum on the teaching of Holocaust history that has now become standard. For the past several years, Sheila has served as volunteer chair of the Best of the Best booth and served on the Selection Committee for the International Folk Art Market|Santa Fe. She is a past chair and serving member of MOIFA’s Folk Art Committee, as well as sitting on the collections committee for the National Hispanic Cultural Center. A full-time resident of Santa Fe since 1999, Sheila is the owner of Samarkand, an ethnographic store specializing in jewelry and textiles from Central Asia, North Africa, the Middle East, and Latin America now located at the Traveler’s Market. 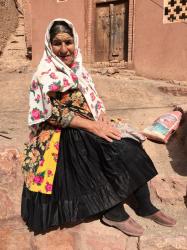 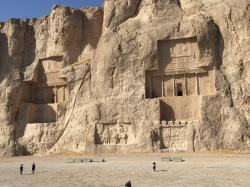 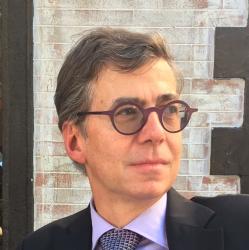