Since the end of the nineteenth century, when some of the first academically trained artists began to settle in Taos, later forming the Taos Society of Artists, New Mexico has continued to provide fertile ground for artists to gather together and create a forum for their individual visions.

The role of artist communities in New Mexico is explored through works by members of the Taos Society of Artists, Los Cinco Pintores, Transcendental Painting Group, Rio Grande Painters, and the Stieglitz circle. Each of these groups had a distinctive aesthetic and set of guiding principles Good Company offers a closer look at what makes each unique.

“New Mexico’s rich history and allure to generations of artists is the basis for this exhibition which explores common ground as well as the different aesthetics of each group,” said Mary Kershaw, director of the New Mexico Museum of Art. “We encourage everyone to make the time to immerse themselves in Good Company.”

About the New Mexico Museum of Art: http://www.nmartmuseum.org/   Founded in 1917 as the Art Gallery of the Museum of New Mexico, the New Mexico Museum of Art has been presenting innovative arts programming in downtown Santa Fe for a century.  At its founding, the museum collected and exhibited artworks by noted artists from New Mexico and elsewhere. This tradition continues today with a wide array of exhibitions and a significant collection featuring work from the world’s leading artists. Today, as at its founding, the Museum of Art strives to bring the art of New Mexico to the world and the art of the world to New Mexico. Museum exhibitions and programs are supported by donors to the Museum of New Mexico Foundation and its Director’s Leadership Fund and Exhibitions Development Fund. A division of the New Mexico Department of Cultural Affairs. Hours: 10 am to 5 pm daily, May through October; closed Mondays November through April, closed Easter Sunday, Thanksgiving, Christmas, and New Year’s. 107 West Palace Avenue, Santa Fe, New Mexico, just off the downtown Plaza in Santa Fe, NM 87501. 24 Hr. Recorded Message: (505) 476-5072; Front desk: (505) 476-5041. Events, news releases and images about activities at the History Museum and Palace of the Governors and other in divisions of the Department of Cultural Affairs can be accessed at media.newmexicoculture.org. 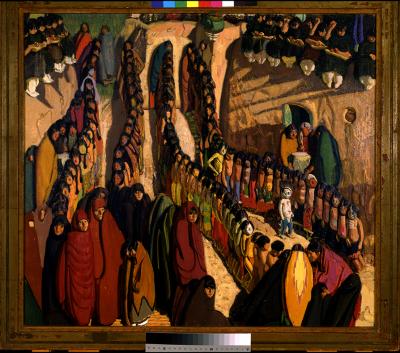 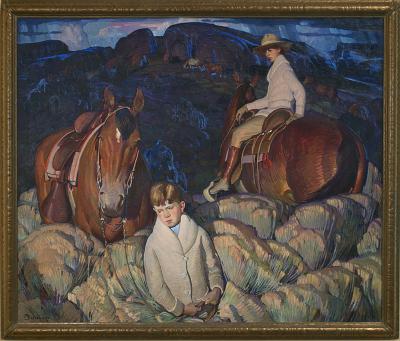 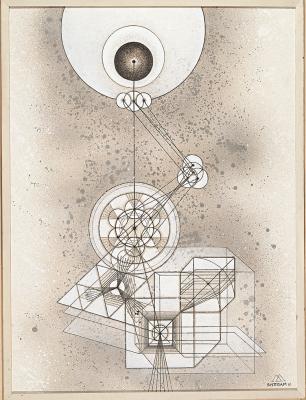 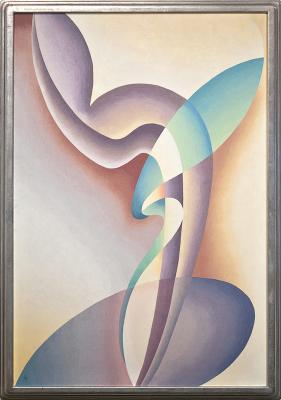 Stuart Walker, Composition No. 57, 1939, oil on canvas. Collection of the New Mexico Museum of Art. Museum purchase with additional support from Frederick Hammersley and Robert Nurock, 2009 (2009.3) Photo by Blair Clark 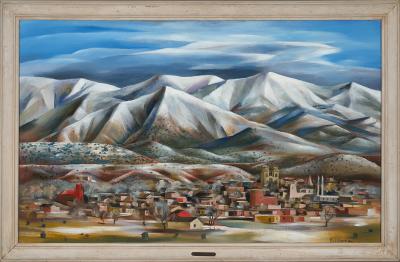 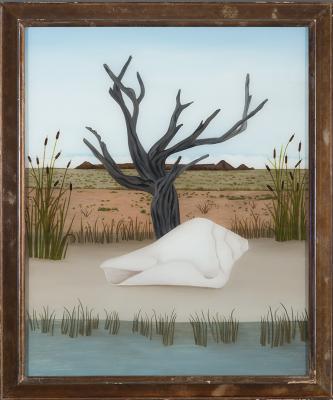 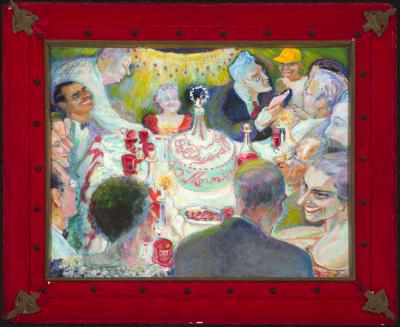 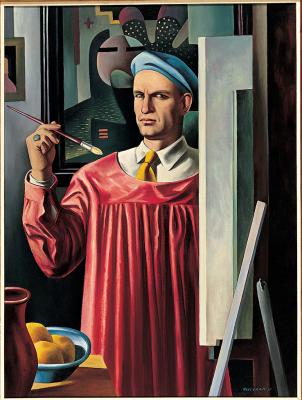