A world-class repository for fossils, the New Mexico Museum of Natural History & Science’s latest exhibition Back to Bones: New Mexico’s Links to the Past featuring rarely seen specimens from the permanent collection is on display to greet the 78th annual meeting of the Society of Vertebrate Paleontology in Albuquerque Oct. 17-20, 2018.

The Society of Vertebrate Paleontology (SVP) is an international organization of scientists and other people interested in the study of fossils of animals with backbones (see http://vertpaleo.org/). There are approximately 2,300 members. The society’s annual meeting is held in the autumn, usually at a major city that has, or is near, a natural history museum. SVP last held its annual meeting in Albuquerque in 1993 (25 years ago).

The SVP convention starts on 2018 National Fossil Day (NED), celebrated by the Bureau of Land Management (BLM) on October 17, 2018 during Earth Science Week, October 14-20, 2018. National Fossil Day was established by the National Park Service (NPS) in response to the Paleontological Resources Preservation Act which requires federal land managing agencies to create programs that increase public awareness of the significance of paleontological resources.  This annual event supports the BLM Education, Interpretation, and Youth Engagement National Strategy by fostering a greater appreciation of the scientific and educational value of fossils.

There will be National Fossil Day exhibits at the museum on Wednesday Oct. 17 from 10 a.m. – 2 p.m., with exhibits by the New Mexico Friends of Paleontology, SVP, National Park Service, and US Bureau of Land Management– Prehistoric Trackways National Monument.

Brusatte is an American paleontologist and evolutionary biologist, who specializes in the anatomy and evolution of dinosaurs. He is on the faculty of the University of Edinburgh in Scotland and grew up in the Midwestern USA. Brusatte has traveled the world digging up dinosaurs, working with many international colleagues, and has named more than 15 new species, including the tyrannosaur ’Pinocchio rex’ (Qianzhousaurus) and the raptor Zhenyuanlong. He has written several books for kids and adults, most notably the adult pop science book The Rise and Fall of the Dinosaurs (2018), which was a New York Times bestseller in the USA, His work has appeared on several television shows, such as the National Geographic extravaganza T. rex Autopsy, where he was part of the team that dissected a scientifically accurate life-sized model of a T. rex.

A juried exhibition of paleoart Picturing the Past is also on display at the NMMNHS through Jan. 4, 2019. Paleoart is scientifically informed artwork that reconstructs ancient life and prehistoric environments. These artists literally draw from the fossil record for their inspiration, using their knowledge of anatomy, evolution and inference to create lifelike renderings of creatures that went extinct millions of years ago.

Link to featured images and more specimens going into the SVP Exhibit (https://www.dropbox.com/sh/0gj479xmodxy3dn/AABMkbrkUTQMX-otlRoilYAea?dl=0). 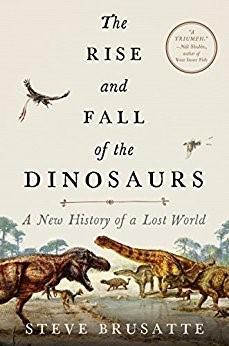 The Rise and Fall of the Dinosaurs book jacket 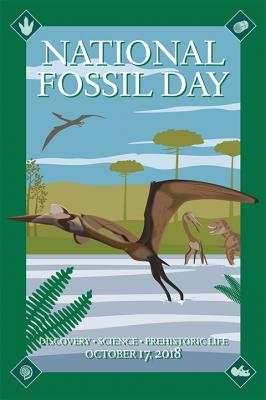 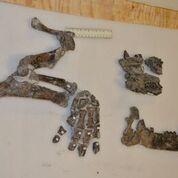 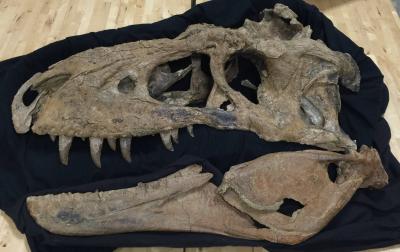 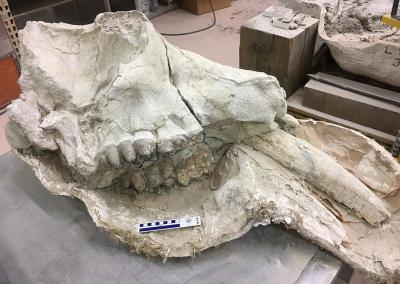 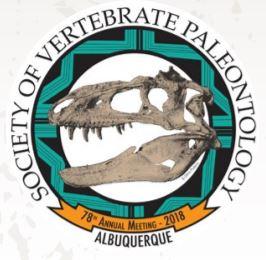