(Santa Fe New Mexico) – As artists arrived in New Mexico over the course of the twentieth century, they encountered no shortage of inspirational material. From the striking landscape, and regional architecture to native ceremony, the Southwest often proved exotic for artists who came from a predominantly eastern, Protestant background. One regional community that captured the attention and imaginations of artists was the Penitente Brotherhood.

Picturing Passion brings together the works of artists including Gustave Baumann, Cady Wells, Marsden Hartley, William Penhallow Henderson, Willard Nash, Gene Kloss, Ansel Adams, Joseph Henry Sharp, Bert Geer Phillips, and Patrocino Barela, among many others who took on the penitent traditions as source material. The exhibition illustrates how artists who were new to the Southwest in the early part of the 20th century looked to Morada, Penitente processions, traditions, and materials as source materials for their work as distinctive features of New Mexican culture. The exhibition also examines the myths and stereotypes that have developed from sensationalizing the group’s beliefs and practices while endeavoring to create a space to address these misconceptions. A selection of work by contemporary santeros Raymond Lopez, George Lopez, Gustavo Victor Goler, Horacio Lopez, and Horacio Valdez illustrates the continued importance of the sacred in the penitente world view today.

This exhibition is not about the Penitente Brotherhood; it is about how the artists – most from outside the region – have interpreted this uniquely New Mexican phenomenon in their work. As with any interpretation, the artwork these individuals produced was colored by their own perceptions and backgrounds. This exhibition explores artists’ responses to and interpretations of their own experiences and ideas about the Penitent Brotherhood. 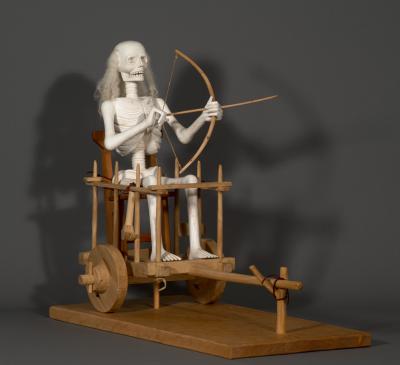 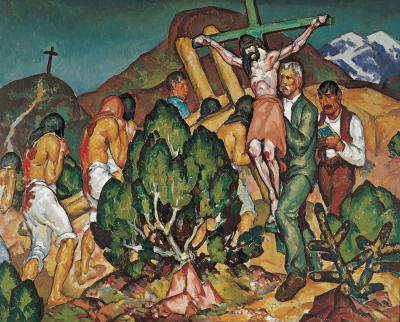 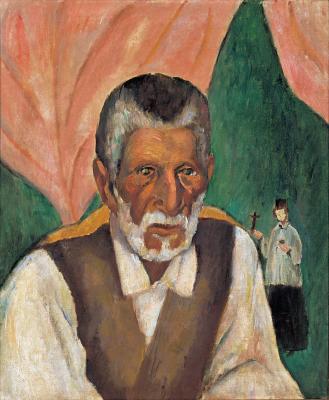 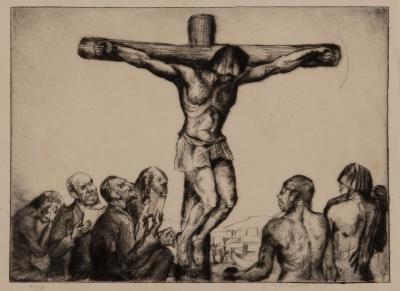 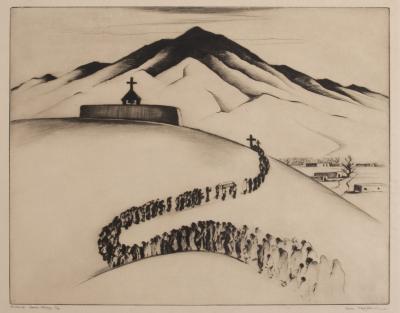 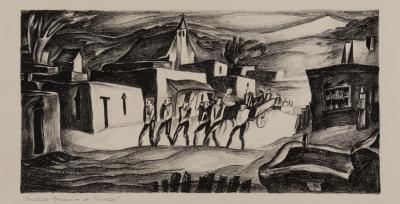 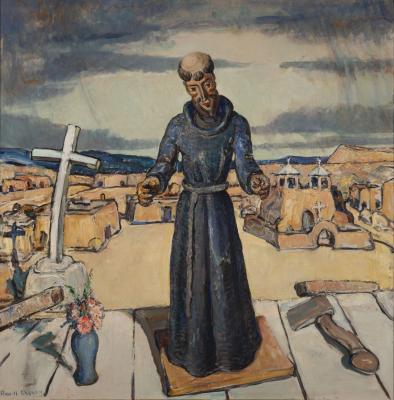 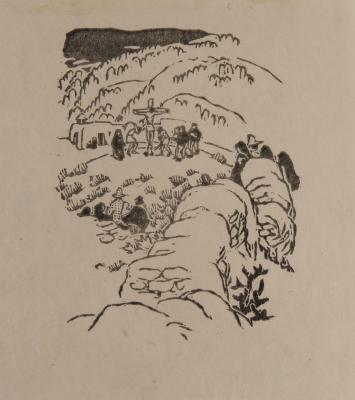 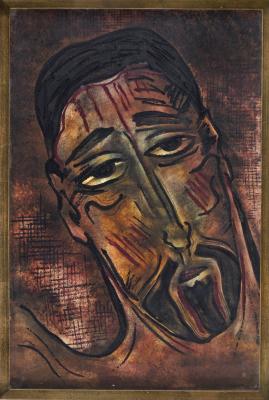 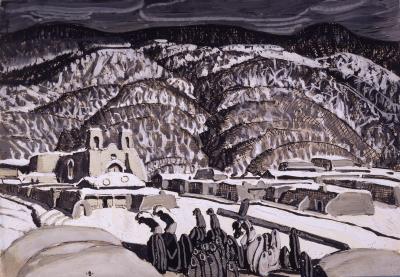