(Santa Fe, New Mexico) --- Palace Seen and Unseen, a new, long-term exhibit opening April 19, 2020, at the New Mexico History Museum, delves into more than 400 years of Palace of the Governors 400-year history. The guest curators who created the exhibit, Cordelia Snow and Stephen Post have a combined 85 years-experience working with the Palace’s architecture, history and archaeology.

The public opening for Palace Seen and Unseen is Sunday, April 19, from 12-4 p.m. at the Palace of the Governors and is sponsored by the Museum of New Mexico Foundation’s Women’s Board.

Palace Seen and Unseen delves into the history of the Palace of the Governors from 1609-present through its physical presence, documents and archaeological investigation. The exhibition explores the relationship between the building and its residents and visitors. Stories are told from the perspective of robberies, governors and people behind the scenes vividly bringing the adobe building and its grounds to life.

The use of photographs, maps, and excavated objects from the Palace and its grounds tell the story; visitors will learn how the Palace changed over the centuries, its various uses, and what its vast history might mean in the 21st century.

The guest curators’ archaeological experiences at the Palace are uniquely complimentary with Cordelia Snow working beneath the floors and Stephen Post working outside the walls of the building to unearth its mysteries. Two square yards of space anywhere within the Palace has the potential to provide more information about its past than almost any other historic place in the United States.

“The Palace’s adobe architecture provides us with a unique backdrop to tell its story," says Stephen Post. “Working with the Palace is always exciting because no matter where we work inside or outside, new discoveries will be made and old stories will be revised or renewed.”

“We are constantly reminded that archaeological study at the Palace always takes more time and yields a greater quantity and variety of artifacts, features, and new questions than were expected when this project first began,” Cordelia Snow commented. “Just when you think you might be getting a handle on the archaeology or history of the Palace, something new crops up.  Just as the puzzle always seems to be missing pieces, it grows even larger.” 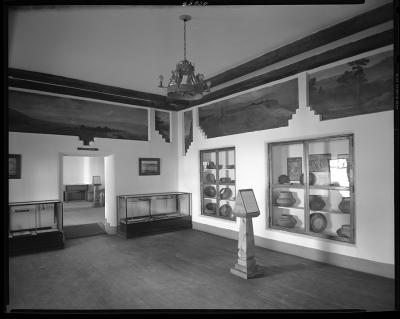 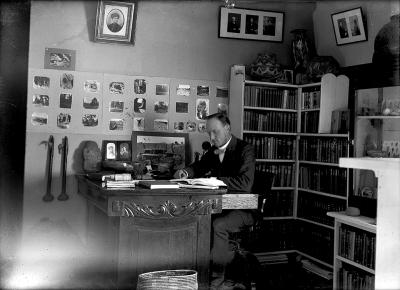 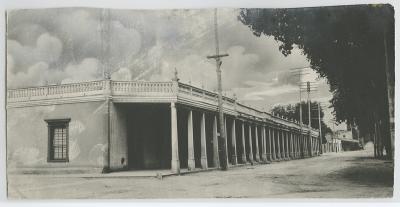 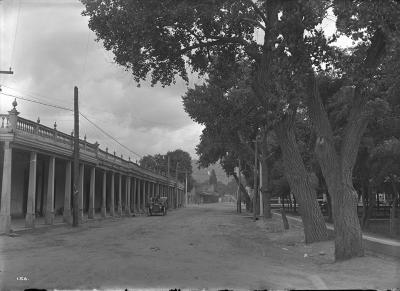 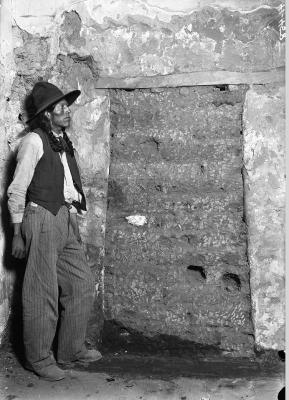 19-NMHM-Title: Unidentified man during restoration of the Palace of the Governors, 1912 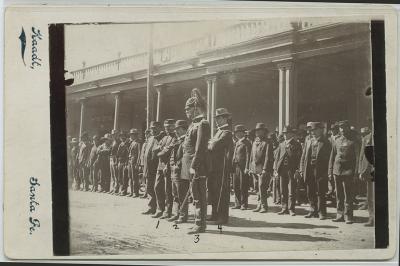