Elaine Horwitch was a major force in contemporary art in the Southwest from the early 1970s until she died in 1991, and a new exhibition at the New Mexico Museum of Art (MOA) surveys her influence. “Southwest Rising: Contemporary Art and the Legacy of Elaine Horwitch” opens on April 17, 2021, and will be on view until January 2, 2022.

Horwitch launched the careers of hundreds of artists across the country and championed contemporary Native American art, Latino art, folk art, outsider art, and craft. She opened the first Elaine Horwitch Gallery in Scottsdale, Arizona, in 1973, followed by locations in Santa Fe in 1976, Sedona, Arizona, in 1986, and Palm Springs, California, in 1987. In a region steeped in historic and Western art traditions, Horwitch helped establish the Southwest as an important center for contemporary art and to foster the rise of what has been called “new Western art” or “contemporary Southwest art.”

Fearless and spirited, Horwitch was known for her singular cowgirl appearance, wearing aviator glasses, cowboy hats and boots, denim prairie skirts, and concho belts. In her purse, she carried a mother-of-pearl inlaid pistol that she often brandished to the delight and horror of her patrons. Horwitch’s grand galleries, unorthodox method of working, and unabashed lifestyle and fashion sense made her one of the most popular personalities to visit by tourists, collectors, and celebrities alike.

“Southwest Rising” has been organized by Dr. Julie Sasse, chief curator at the Tucson Museum of Art (TMA). Sasse worked for Elaine Horwitch Galleries from 1980 to 1995 and published a book on Horwitch to accompany the exhibition’s opening at TMA in 2020. The exhibition is a tribute to one of the most powerful and influential art dealers from Arizona and New Mexico art history and celebrates the many artists who contributed to the rise of contemporary art in the Southwest.

“The New Mexico Museum of Art is delighted to have worked closely with Dr. Sasse and the Tucson Museum of Art to host an exhibition on such a pivotal cultural figure as Elaine Horwitch,” said Dr. Mark White, MOA Executive Director.

The exhibition was reconceived for MOA by Sasse and Christian Waguespack, the museum’s Curator of 20th Century Art, and draws largely from MOA’s permanent collection. “It was exciting to see Horwitch’s legacy reflected in our collection,” said Waguespack. “For those who have seen Sasse’s exhibition in Tucson, this version will feature an entirely new set of artworks centered around Horwitch’s impact on Santa Fe.”

Featuring many of the most popular artists who exhibited at her four galleries, the paintings, sculptures, and works on paper represent a specific time and place in a transition from traditional Western to contemporary art. Internationally known artists outside of the Southwest are also included in the exhibition to reveal how Horwitch integrated emerging artists from the region with well-established artists from around the country. 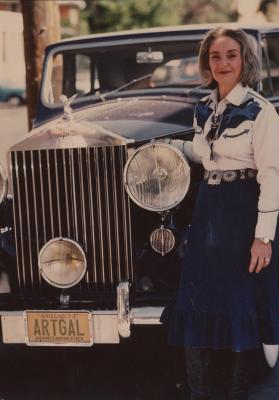 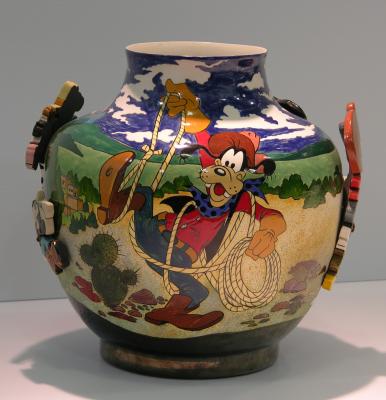 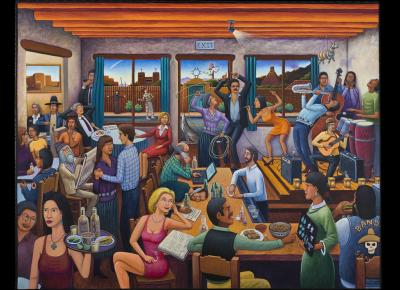 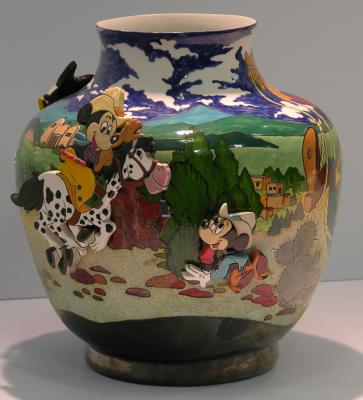 The Disney Kids Do Santa Fe

Southwest Rising: Contemporary Art and the Legacy of Elaine Horwitch 04/17/21