As executive director, Dr. Fiorillo will oversee daily operations at the museum, including the strategic development of public programs and exhibitions. One of the most-visited museums in the state, NMMNHS was established in 1986 with a mission to preserve and interpret the distinctive natural and scientific heritage of New Mexico through extraordinary collections, research, exhibits, and programs. With a focus in Geoscience, including Paleontology and Mineralogy, Bioscience, and Space Science, NMMNHS is the Southwest’s largest repository for fossils and includes a research facility and a planetarium.

"New Mexico has a unique legacy in natural history and science, and New Mexico Museum of Natural History and Science is a recognized leader in inspiring a greater appreciation of science and the natural world we all share,” said Dr. Fiorillo. “I am thrilled to have this opportunity to join the New Mexico community, and the talented team representing this museum as well as the larger Department of Cultural Affairs."

A Senior Fellow at the Institute for the Study of Earth and Man at Southern Methodist University since 2020, Dr. Fiorillo spent 20 years on the senior leadership team at Dallas’ Perot Museum of Natural and Science. His career has covered several continents largely to study dinosaurs and the environments in which they lived. For more than two decades, he focused on the Cretaceous of Alaska. There his teams made significant advances in the understanding of ancient Arctic biodiversity and paleoecosystems as a way of understanding future climates. The fruits of his projects include publishing more than 120 scientific papers, writing a scholarly book on Alaska dinosaurs, and co-editing four more technical volumes.

“I am very excited to welcome Tony to New Mexico Museum of Natural History and Science and to NMDCA leadership,” said Debra Garcia y Griego, cabinet secretary for New Mexico Department of Cultural Affairs. “With his unique skillset, enhanced both by extensive administrative experience in the museum industry and professional experience as a natural historian, Dr. Fiorillo is well-suited to address opportunities and challenges the museum faces as it advances.”

Dr. Fiorillo was raised in New England and received his Ph. D. from the geology department at University of Pennsylvania. His work brought him to more than a dozen units of the National Park Service where he achieved national recognition in 2000 and again in 2007 with the National Park Service, Alaska Region Natural Resource Research Award. In 2019, he received the international George Wright Society’s Natural Resources Achievement Award.

Secretary Garcia y Griego also acknowledged the dedication of Gary Romero, the museum’s deputy director who served as interim director of NMMNHS since October 2021, and the incredible commitment of the museum’s staff throughout the transition.

Created in 1978 by the New Mexico State Legislature, the Department of Cultural Affairs (DCA) is New Mexico’s cultural steward, charged with preserving and showcasing the state’s cultural riches. With its eight museums, seven historic sites, arts, archaeology, historic preservation, and library programs, the DCA is one of the largest and most diverse state cultural agencies in the nation. Together, the facilities, programs, and services of the Department support a $5.6 billion cultural industry in New Mexico. 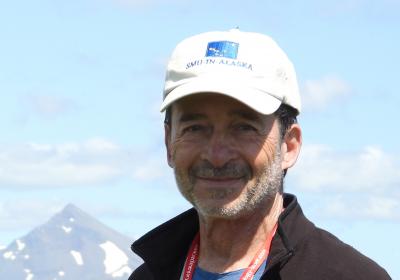