The Arts of Survival: Folk Expression in the Face of Natural Disaster


Folk Expression in the Face of Disaster

(Santa Fe, NM – April 11, 2011)—The Arts of Survival: Folk Expression in the Face of Disaster explores how folk artists helped their communities recover from four recent natural disasters: the Haitian Earthquake; Hurricane Katrina on the U.S. Gulf Coast; Pakistani floods; and the recent volcanic eruption of Mt. Merapi in Indonesia.

Opening July 3, 2011 in the Museum of International Folk Art’s ‘Gallery of Conscience,’ The Arts of Survial will be the gallery’s second annual exhibition.

Last year’s inaugural exhibition Empowering Women: Artisan Cooperatives That Transform Communities showed the successful efforts of women folk artists to raise their communities from the ravages of war and worse to build clinics, provide education, and the basic necessities of life. The Arts of Survival runs through May 6, 2012.

Dr. Marsha Bol, Director of the Museum of International Folk Art described the ‘Gallery of Conscience;’ “…as a forum where current issues facing folk artists around the world can be discussed. With The Arts of Survival we continue our examination of issues threatening the survival of the traditional arts, bringing them to the attention of our visitors,” Dr, Bol continued; “As the largest folk art museum in the world we believe it is our responsibility to address issues that threaten to disrupt folk arts – and in the case of this exhibition – the effect of natural disaster on the folk art community.”

The Arts of Survival will feature work by folk artists—some of whom have also won a coveted spot at the 2011 Santa Fe International Folk Art Market—with monumental artifacts, poetry, spoken word, and photographic and video documentation to explore the many ways in which a country’s traditional arts and artists rally in times of disaster. to rebuild and renew, one day at a time. As tragic events and terrible forces become part of carnival masks, scrolls, paintings, and vodou flags, the events are memorialized and the pain they brought is brought to a manageable state. When the force of the Earth breaks the world into pieces, the pieces can be collected and sold to bring an artist a step closer to economic recovery.

Visitors to this second ‘Gallery of Conscience’ exhibit will see the devastation of the Haitian earthquake emblazoned into the carnival masks and sequined vodou flags; how a New Orleans quilter took the flood-stained bedclothes of her neighbors ruined home and made art that both restores and represents. The visitor will hear the voices of the women whose centuries old tradition of ralli quilts bring comfort and color to the millions of flood refugees living in tent cities in Pakistan, and the puppeteers of Indonesia who incorporate the news of recent volcanic eruptions into their wayang performances.

Exhibition curator Dr, Suzanne Seriff said; “The Arts of Survival provides a window to the many ways contemporary folk artists use what they know best to respond to natural disaster with vision, perseverance, dignity and imagination—even in the midst of political infighting, infrastructural log jams, and environmental after-effects. Through this experience they learn that the most fundamental power is the indomitable spirit of mankind.”

People in both exhibit and Market:

Naina Sudhumal Valasai, Ralli Quilter and her husband, Surendar Valasai, who is the director of  Lila Handicraft Cooperative, Pakistan

Onel Bazelais, papier mache maker from the ADASE coop in Jacmel, Haiti (members of the coop are coming)

The Museum of International Folk Art houses the world’s largest collection of international folk art, with ongoing exhibitions Multiple Visions: A Common Bond in the Girard Wing and Familia y Fe in the Hispanic Heritage Wing. Changing and traveling exhibitions are offered in the Bartlett Wing and exhibitions highlighting textiles are featured the Neutrogena Wing.   Lloyd’s Treasure Chest offers visitors interactive displays about collections and how museums care for collections. 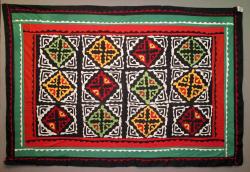 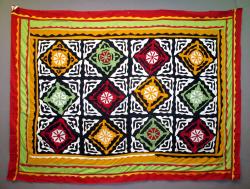 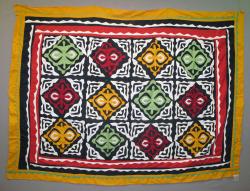 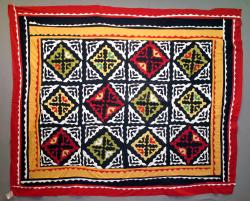 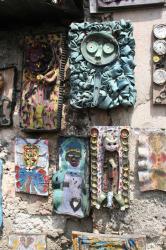 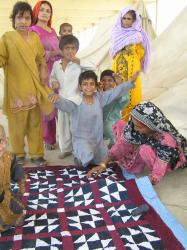 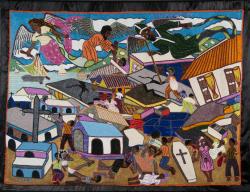 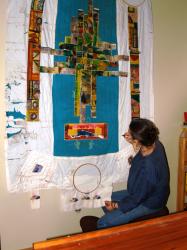 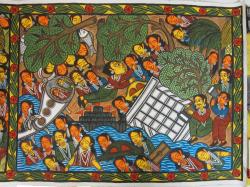 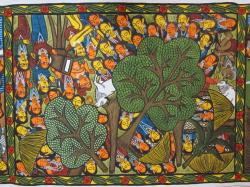 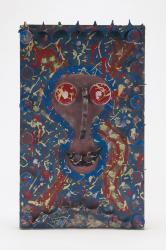 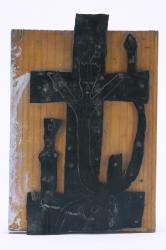 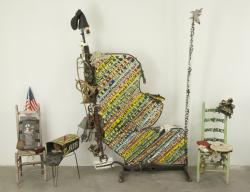