Santa Fe, NM—On February 19, 1909, the New Mexico Territorial Legislature passed a law establishing the Museum of New Mexico, designating the historic Palace of the Governors on the north side of the Santa Fe Plaza as its home.

Nearly a century later, those pre-statehood ambitions of the New Mexico Territory’s leaders have grown into what is widely considered to be the nation’s largest system of state-run museums, historic monuments and other arts and cultural programs, all of which are under the Department of Cultural Affairs.

In 2009 the Museum of New Mexico will mark its 100-year birthday with 100 special exhibitions and events planned through the state. The cornerstone of that celebration will be the much anticipated grand opening on Memorial Day weekend of the New Mexico History Museum, currently being built behind the Palace of the Governors, the institution that started it all.

The Museum’s first director, from 1909 until 1946, was Edgar Lee Hewett (1885 – 1946). Hewett, who simultaneously guided the Museum while serving as director of the School of American (Archaeology) Research in Santa Fe (now the School of Advanced Research), was considered a pre-eminent scholar in Native American archaeology. He once claimed, “In no other state of this union is the trend of life so clearly shaped by art as in New Mexico. Art has rescued this state from the commonplace and made it conscious of its own fine character.”

The following is a brief description of the museums, monuments and cultural programs that comprise the Museum of New Mexico:

The Palace of the Governors, on the Plaza, built from 1609 to 1610, has served as New Mexico’s history museum since its founding by the Territorial Legislature in 1909. The building itself is considered the oldest continuously occupied public building in the United States. The museum’s collection of more than 17,000 historical objects documents the Spanish Colonial, Mexican, American Territorial, and recent eras in New Mexico history. Items date from the time of the earliest Spanish explorations in the 16th century and chronicle 223 years of Spanish administrative control, 25 years as part of Mexico, 66 years as a territory of the United States, and from statehood in 1912 to the present. The Palace also administers the Fray Angélico Chávez History Library and Photo Archives, The Palace Print Shop and Bindery, and the Portal Program. Director – Dr. Fran Levine.

The New Mexico Museum of Art, on the Plaza, was founded in 1917 as the Fine Art Gallery of the Museum of New Mexico. The museum is housed in a spectacular Pueblo Revival building designed by I. H. and William M. Rapp, it was based on their New Mexico building at the Panama-California Exposition (1915). The museum's architecture inaugurated what has come to be known as "Santa Fe Style." For more than 90 years, the Museum has collected and exhibited work by leading artists from New Mexico and elsewhere. This tradition continues today with a wide-array of exhibitions with work from the world’s leading artists. The New Mexico Museum of Art strives to bring the art of New Mexico to the world and the art of the world to New Mexico. Director – Dr. Marsha Bol.

The Museum of International Folk Art, opened to the public in 1953, houses the world’s largest collection of international folk art. Located two miles southeast of the historic downtown plaza on Museum Hill™, the museum features works from over 100 countries ranging from ceramics to furniture, textiles to devotional art, with long-term exhibitions Multiple Visions: A Common Bond in the Girard Wing, and Familia y Fe in the Hispanic Heritage Wing. Changing and traveling exhibitions are offered in the Bartlett Wing and exhibitions highlighting textiles are featured in the Neutrogena Wing. Lloyd’s Treasure Chest offers visitors interactive displays about collections and how museums care for collections. Known for its outstanding educational programs serving school children and their teachers, the Museum of International Folk Art is dedicated to building cultural understanding through folk art. Director – Dr. Joyce Ice. Museum of Indian Arts and Culture/Laboratory of Anthropology

The Laboratory of Anthropology opened in 1931 and was involved in several projects centered around archaeological and anthropological research in New Mexico. As the Lab outgrew its collections storage and exhibition space, (T)the Museum of Indian Arts and Culture was founded in 1987 and is located next to the Lab on Museum Hill™. Here, Now and Always, a major long-term exhibition, combines the voices of living Native Americans with ancient and contemporary artifacts and interactive multimedia to tell the complex stories of the diverse Native cultures of the Southwest. The Buchsbaum Gallery displays ceramics from the region’s pueblos. Five changing galleries present exhibits on subjects ranging from archaeological excavations to contemporary art. In addition, an outdoor sculpture garden offers rotating exhibits of works by Native American sculptors. Director – Dr. Shelby Tisdale.

The New Mexico State Monuments have been part of the Museum system since their designation in 1931. The State Monument system has over the years preserved for the public nineteen important historical sites. With sites located throughout the state, the State Monument system has the unique role of providing (great) outreach. The first monuments designated in 1935 were Pueblo sites all located along the Rio Grande and its tributaries; Pecos, Gran Quivira, Giusewa (Jémez), Kuaua (Coronado), and Quarai. In 1938 the Pueblo site of Abó was added. Over the ensuing years other historically significant sites were added, with five – Pecos, Gran Quivira, Abó, Quarai and Glorieta – graduating to the National Park System. Currently there are eight State Monuments, six of which are open to the public: Coronado, Jemez, Fort Selden, Lincoln, Fort Sumner and the Bosque Redondo Memorial, and El Camino Real. Fort Stanton State Monument and the Taylor Barela Reynolds State Monument are in planning phases. Director – Ernesto Ortega.

The Office of Archaeological Studies, founded in 1952, conducts archaeological research projects throughout New Mexico. Its mission is to collect and share information about prehistoric and historic sites across the state. The office serves state and federal agencies and private organizations needing archaeological studies performed as part of their projects. The office also provides ethnographic and historical studies. It has an award-winning educational outreach program, which directly interacts with New Mexicans in order to educate them about archaeology and answer their questions. Many of the projects make use of a dedicated corps of volunteers. The office provides training opportunities for university students and also collaborates on archaeological projects with our neighbor, Mexico. The office has five specialized laboratories, a small library and a publications department. It has nationally recognized specialists in pottery, botany and osteology. Its archaeomagnetic dating laboratory is one of two full-time laboratories in the United States dedicated to this dating technique. Director – Dr. Eric Blinman. Center for Museum Resources

The Center for Museum Resources handles many of the administrative and other support functions for the museums and monuments, such as exhibitions design and fabrication, conservation, (admissions) visitor tour groups, and marketing. Museum Resources is home for the award-winning Museum of New Mexico Press, El Palacio magazine, and its state-wide outreach program through the Van of Enchantment. Director – Elena Sweeney. 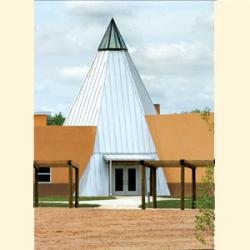 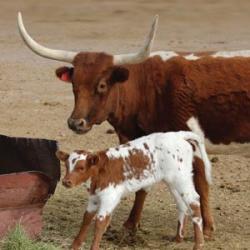 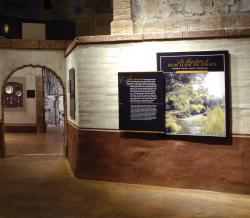 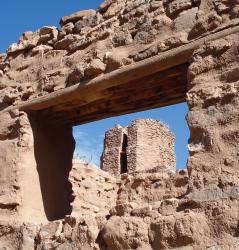 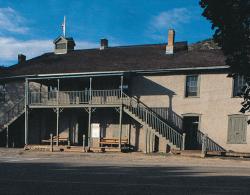 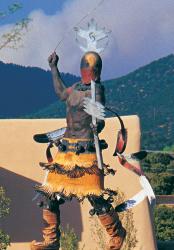 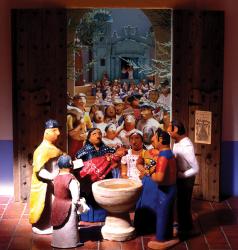 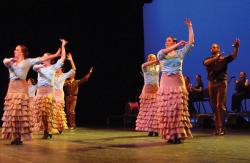 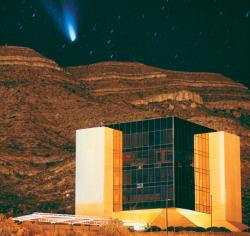 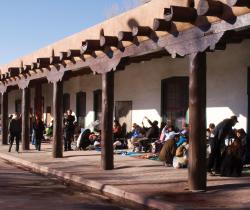 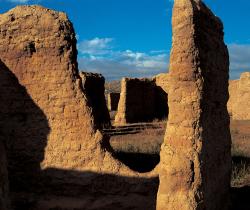 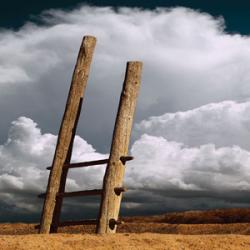 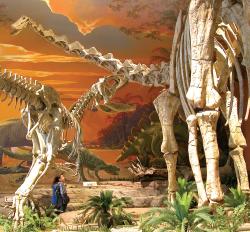