Heartbeat: Music of the Native Southwest


Divined from the spirits – passed down through generations

(Santa Fe, September 3, 2013)—A celebration of sight, sound, and activity for visitors of all ages, Heartbeat: Music of the Native Southwest, opens Sunday, September 29, 2013 at the Museum of Indian Arts and Culture. Over 100 objects relating to Southwestern Native dance and music will be featured, including a flute made by Grammy award-winning artist Robert Mirabal of Taos Pueblo.

Collectively used for indigenous ritual performance, the drums, flutes, rasps, rattles, and clothing featured in the exhibition convey a richly layered message. Music, too, is integral to the ceremony—it is more than accompaniment for the dancers; each song is a prayer providing a pathway to the here and now and to the worlds beyond.

Native music of the Southwest is still shaped by traditional cultural practices, as well as today by those powerful disseminators of American and World music, the internet, television, radio, CDs, and DVDs.

Curator Tony Chavarria (Santa Clara Pueblo) says, “For American Indian cultures—Southwestern tribes in particular—music has remained the heartbeat of sacred life ways for more than two thousand years. Music binds the earthly realms with their oppositional counterparts. Indigenous Southwest musicians express themselves through traditional forms as well as a wide variety of contemporary musical styles informed through their cultural basis.”

In the gallery, the sights and sounds of Native dance and music can be experienced in multiple interactive zones. Visitors can listen to the wide array of Native music being produced today, how different types of instruments sound, and view historical footage of dance performances. And make your own music in the Heartbeat Recording Studio.

Music is fundamentally interwoven into the everyday lives of Native Americans; continuing to bind the ancient cultures of the Southwest to their lands and life ways. Heartbeat: Music of the Native Southwest, through a Native curatorial voice, explores this enduring connection between the past and present.

The opening on Sunday, September 29, 2013 from 1 to 4 p.m. will feature performances, demonstrations, hands-on activities for the entire family, and refreshments provided by the Women’s Board of the Museum of New Mexico.

Arnold Herrera is a 2011 Governor’s Arts Awards recipient. He is a master of several traditional Pueblo art forms. While best known as a drum maker he is also celebrated for his silverwork jewelry and red willow baskets, as well as his skills as a Keresan song composer, and traditional dance choreographer.

The Tewa Women’s Choir from Ohkay Owingeh Pueblo has kept the Tewa language alive by performing traditional and social songs in public venues for more than 40 years.

Sister and brother, Jeneda and Clayson Benally of the Indigenous punk rock band Blackfire, are from the Navajo (Dine’) Nation in Northern Arizona. Their music reflects hope for equality, healthy and respectful communities and social and environmental justice. Sihasin (See-ha-szin) is a Navajo word meaning to think with hope and assurance.

2:30 p.m.: Talk: Overview of Native Music of the Southwest by Angelo Joaquin (Tohono O’odham), Ethnomusicologist in the MIAC Theater

Angelo Joaquin, Jr. has directed the annual Waila Festival in Tucson since 1989. Waila (why-la) is now considered the traditional social dance music of the O’odham with its roots in the desert of southern Arizona.

Refreshments provided by the Women’s Board of the Museum of New Mexico.  New Mexico Residents w ID free on Sundays, children 16 and under always free.

Number for publication: 505-476-1250 or visit www.indianartsandculture.org

Opening April 13, 2014 will be Turquoise, Water, Sky, presenting a comprehensive overview of this popular stone. Featured will be more than 200 objects from the Museum of Indian Arts and Culture’s stunning and large turquoise collection as well as pieces borrowed from important private collectors.

NEW Hours: Open daily, 10 a.m. to 5 p.m., Memorial Day through the last Sunday of the Albuquerque Balloon Fiesta in October; closed Mondays the rest of year.

Admission: Adult single-museum admission is $6 for New Mexico residents, $9 for nonresidents; OR $15 for one-day pass to two museums of your choice (Museum of Indian Arts & Culture, Museum of International Folk Art, New Mexico Museum of Art, and Palace of the Governors/New Mexico History Museum) OR $20 four-day pass to the four museums listed above. Youth 16 and under, Foundation Members, and New Mexico Veterans with 50% or more disability always free 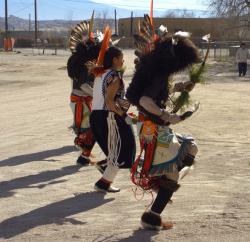 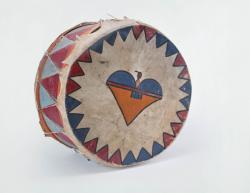 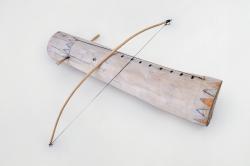 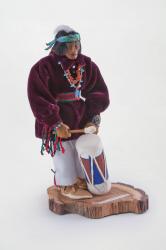 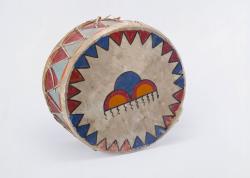