The film focuses on Día de Muertos (Day of the Dead) or Todos Santos (All Souls) celebrations by members of today’s Zapotec community in Teotitlán del Valle, Oaxaca, Mexico. The film highlights the enduring influence of the ancient Zapotecs’ cultural legacy, that is deeply rooted in pre-Hispanic indigenous cultures, in pagan, and in Catholic rituals (as it is throughout Latin America).

The collaboration consisted of three phases.

The first, in October and November 2012, had young people from the community interested in documenting their traditions apprentice with MDP. This included film, post-production, and editing workshops. The documentary, some of which was shot by the apprentices, was the final product.

This event at the New Mexico History Museum is part of the third phase where MDP presents talks in conjunction with screenings of the documentary. Additionally, MDP is submitting the documentary to U.S. and international film festivals and features the project on its website, http://www.metamorfosisdp.org with video footage and photographs.

The Museum of International Folk Art is presenting La Festividad de los Muertos / Lanii Xtee Tugul as part of its annual Día de Muertos/Day of the Dead Celebration. Project leaders Armando Espinosa Prieto and Craig Johnson will preface the presentation of the documentary with a multi-media lecture on the history and current state of indigenous Catholicism in the Americas, and specifically how it manifests in Day of the Dead rituals and celebrations.

Metamorfosis Documentation Project is a non-profit organization, founded on the belief in the richness and importance of cultural traditions, focusing on cross-cultural rituals and dances in the Americas. Armando Espinosa Prieto and Craig Johnson are the principals.

This event is funded by the International Folk Art Foundation.

Media interviews with Armando Espinosa Prieto and Craig Johnson may be arranged through Steve Cantrell.

Information for the public:

Free with museum admission. New Mexico seniors with ID free on Wednesdays. Youth 16 and under and MNMF members are always free. 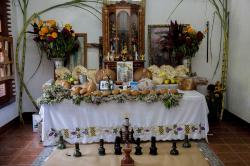 Day of the Dead Altar 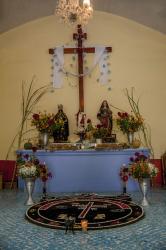 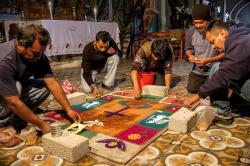 Men from the town preparing the Day of the Dead sand painting in front of the altar in the church in Teotitlán del Valle. 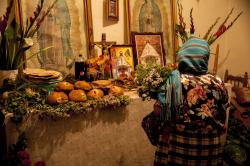 A woman in Teotitlán del Valle presenting her offerings at the Day of the Dead altar in a relative’s home. 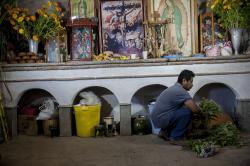 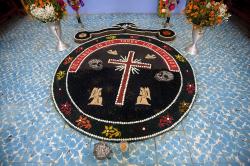 Day of the Dead sand painting in the chapel at the cemetery in Teotitlán del Valle. 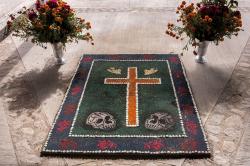 Sand painting for Day of the Dead outside the chapel in the cemetery in Teotitlán del Valle, where the musicians and townspeople say their farewells to the souls.