Focus on Photography is a year-long series of exhibitions opening March 7, 2014 at the New Mexico Museum of Art. Three simultaneous exhibitions kick off the series: the solo show Beneath our Feet: Photographs by Joan Myers; the group show of landscape photographs titled Grounded; and the Photo Lab, an evolving interactive space exploring photographic processes and ideas.

Beneath our Feet: Photographs by Joan Myers is a survey of work by the Tesuque-based photographer who, for nearly forty years, has used her camera to explore the relationship between people and the land from New Mexico to Antarctica.

This exhibition of more than 35 photographs reaches back to her early work in California and New Mexico during the late 1970s when she created hand-colored platinum prints in defiance of the prevailing norm of silver printing. It includes prime examples from her series Along the Santa Fe Trail, when she followed that historic route from Missouri to Santa Fe in the mid-1980s looking for wagon tracks and chronicling such memorable sights as the historic graffiti carved into rock in INSCRIPTION ROCK, OKLAHOMA, 1982; the ruins of FORT UNION, NEW MEXICO, 1982; a, rural building and barbed wire scene in TECOLOTE, NEW MEXICO, 1982; and ending with a photograph of famed local artist Tommy Macaione at his easel on the old Santa Fe Trail entitled TOMMY MACAIONE, SANTA FE, NEW MEXICO, 1984. Among other images exploring the human imprint on the landscape is a photograph of submerged mailboxes in California’s Salton Sea entitled SALTON SEA MAILBOX, 1987.

“Joan Myers is a decades-long New Mexico resident with an international reputation as an artist. This is a rare occasion for us in Santa Fe to see how her thinking about how we interact with the landscape developed over the years,” says Katherine Ware, curator of photography at the museum.

Myers’ more recent digital work in color, made from 2001 to 2013, commands center stage in the show, with numerous prints from her large-scale series Wondrous Cold and Fire and Ice. A notable image entitled HVERAROND, ICELAND (ITALIAN NUNS), 2007, depicts Italian nuns at a geothermal field in Iceland. A crowd of penguins in Antarctica is depicted in GOLD HARBOR, SOUTH GEORGIA, 2001. The implications of climate change are inferred in this work and throughout the exhibition. Her most recent series, the pop-influenced Cowboys and Indians, returns to the Southwest to focus on architectural elements and signage such as the wooden cutout of a buffalo in the landscape portrayed in CHIEF YELLOWHORSE TRADING POST, NEW MEXICO, 2013, and the Coca-Cola sign in GUADALUPE, NEW MEXICO, 2013.

Myers’ work has been exhibited worldwide and is in the permanent collections of many prestigious institutions, including the Amon Carter Museum, the Bibliotheque nationale de France, the San Francisco Museum of Modern Art, and the New Mexico Museum of Art. On April 4 at 5.30 p.m. she will give a gallery talk about her career in photography and lead a tour of the exhibition.

Grounded, the adjacent group show of more than two dozen images, most from the museum’s collection, continues the examination of landscape by literally exploring the ground beneath our feet. “In these thought-provoking and rather minimalist photographs, we see artists portraying the land at its most elemental way,” says Ware. “Instead of being about a landscape view or vista, the pictures focus on the place where the artist is standing.”

Grounded opens with a free public reception on March 7 from 5 to 7 p.m.

The third component of this series of exhibitions is Photo Lab, a changing educational space that will continue throughout the year of photography shows. Using work from the museum’s collection, some of which are recent acquisitions, the Photo Lab offers an opportunity for viewers to explore photographic processes. The inaugural installation concentrates on color processes such as Polaroid, dye-transfer, and chromogenic prints, as well as platinum and palladium prints. Historic camera equipment, on loan from the Photo Archives at the New Mexico History Museum/Palace of the Governors, acquaint visitors with the changing technology of the medium, ranging from a home-made pinhole camera to a Polaroid camera and various other accessories. Visitors are encouraged to linger in the Lab to enjoy books and articles and to share their ideas about photography on a comment board. A touch-screen monitor will offer instruction on how photographs are developed in a darkroom and other topics.

Focus on Photography is a year-long series running March 7, 2014 until March 15, 2015 in the upstairs galleries of the New Mexico Museum of Art. These three initial exhibitions will be on display March 7 to August 17. They will then be replaced by a second group of three shows running this fall, and then a final third group of three shows next winter. This initiative provides a chance to showcase photography in New Mexico and place it in a broader context. The state art museum collection includes more than 8000 photographs ranging in date from about 1836 to 2013. 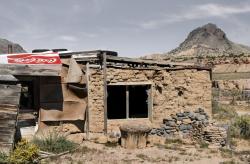 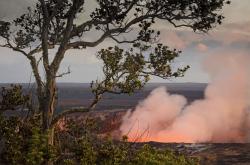 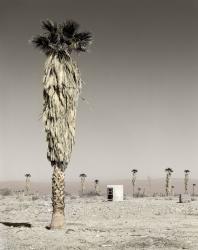 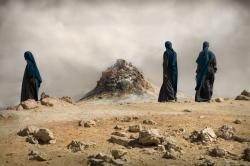