(Santa Fe, NM) - As Syria’s ongoing civil war, staggering death toll, and displacement of thousands of refugees threatens to destroy Syrian culture, the Palace of the Governors displays seven albums of photographs of historic sites in Syria taken between 1899 and 1909. Entitled Syria: Cultural Patrimony Under Threat, the exhibition includes multi-functional information kiosks with insights into Syrian people and culture. The exhibition opens Friday, June 23 and runs through December 2017.

Partnering with Curators Without Borders, a non-profit that specializes in innovative museum collaborations for humanitarian response, the exhibition highlights the vast collection of albumen prints, showing not only the historic sites now destroyed in Syria, but representations of its people in adjacent collections within the Photo Archives.

Since 2015, Syria’s most important archaeological sites, including the Temples of Baalshamin and Bel and the Roman ruins of Palmyra, a UNESCO World Heritage Site since 1980, were dynamited by members of the Islamic State (ISIS), a radical offshoot of Al Qaeda. The fallout of Syria’s ongoing civil war has taken tens of thousands of lives and caused the monumental diaspora of hundreds of thousands of Syrian refugees across the world.

“Today, significant aspects of Syrian culture, both ancient and contemporary, stand at the brink of destruction,” said Andrew Wulf, executive director of the New Mexico History Museum. “This exhibition features photographs taken by Princeton archaeology professor Howard Crosby Butler during three separate expeditions to Syria at the dawn of the 20th century. They show the immediacy of the threat to cultural patrimony and the toll this loss exacts on humanity.”

For many years, these albums of Butler’s photos were part of the Edgar Lee Hewitt Collection at the Museum of New Mexico. Residing in the Laboratory of Anthropology, they were transferred to the Palace of the Governors Photo Archives in 1976.

The Syria project creates a space for innovation and experimentation on how places of memory can inspire dialogue and action on contemporary issues. This exhibition’s display of vintage photographs of lost cultural sites in Syria as well as photographic representations of rank-and-file Syrians also from over 100 years ago will be contrasted in the same exhibit space with the learning kiosk developed by Curators Without Borders (CWB) that will signal the abrupt devaluing of human life and material culture in Syria today.

The learning kiosk prototype and related lesson plans and curricula will be replicable in Syrian refugee communities abroad. The kiosks themselves are designed to be multi-functional, serving as both an informal learning hub, a gathering place for formal instruction or conversation, a resource for audio lessons, a source of solar-powered light in the evening, with potential for a solar cell charging station where applicable. The kiosk structure can also serve as a large-format film screen for presenting educational video instruction in the early evening via a retractable vinyl panel. They can be deployed in a range of contexts from urban to rural to emergency and disaster zones as well as refugee settlements. Learning Kiosks would be built near schools and at strategic points throughout a settlement.  Each kiosk could offer a different lesson plan, or site-specific content. Multiple kiosks throughout a camp allow the content to rotate from sector to sector, so learners will often have access to the lessons from previous weeks.  (Source: Curators Without Borders: “The Learning Kiosk”).

As New Mexico has been the home to many diverse groups through its millennia who sought refuge from social, political, ethnic and religious strife, it continues to welcome most recently Syrian refugee families who are escaping the terrors of life in Syria today. The principal message of the exhibition is one of shared concern, empathy, unity, and support for those suffering amid diaspora.

“The New Mexico History Museum and the Palace of the Governors launch this exhibition as our community’s gift to the Syrian people, not just international refugee communities via the replicable kiosk prototype in this exhibition, but also as a welcome to the Syrian refugee community of Albuquerque,” said Wulf. “This is an awareness campaign offering open and free access to these historical images and education describing the sociopolitical realities, including the global refugee crisis, of Syria today. It is Syria’s story. It is everyone’s story. It affects us all, as supporters of our fellow human beings and stewards of the culture, tangible and intangible, of these and all people.” 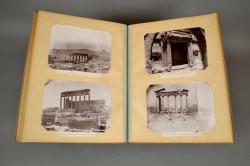 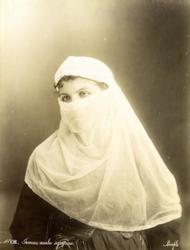 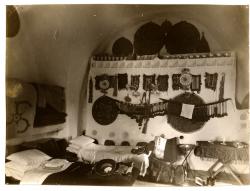 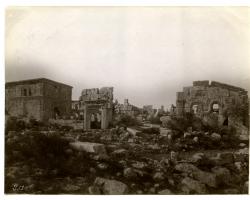 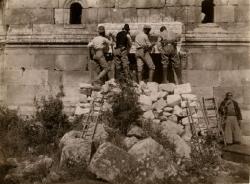 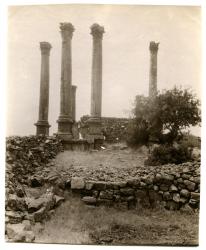