(Santa Fe, NM) – New Mexico Department of Cultural Affairs Deputy Secretary Mike Delello is the recipient of the Mountain Plains Library Association’s (MPLA) Carl Gaumer Library Champion Award. The MPLA is a twelve-state association of librarians, library professionals and friends of libraries in Arizona, Colorado, Kansas, Montana, Nebraska, Nevada, New Mexico, North Dakota, Oklahoma, South Dakota and Wyoming.  The Carl Gaumer Library Champion Award is to be given to an individual, organization or company whose positive support of the Mountain Plains Library Association is demonstrated by repeated conscientious endeavors towards libraries, library staff, trustees, and professional activities.  Deputy Secretary Delello won the award for his innovative accomplishments and staunch library advocacy while serving as Interim State Librarian during 2014 -2015 and his continued work with libraries state-wide as the Deputy Cabinet Secretary.

“During the year as interim State Librarian, Mike Delello not only kept the State Library operating while performing his regular duties keeping operations on track within the entire Department,” said Department of Cultural Affairs Cabinet Secretary Veronica Gonzales. “He also managed to take on and implement several immensely important and innovative projects, demonstrating his passion and commitment to the State Library and library services statewide. He continues to serve libraries statewide as the Deputy Cabinet Secretary.”

During his active tenure as interim State Librarian, Delello visited many public and tribal libraries to talk to the library staff and find out what their needs were. He initiated statewide licensing for New Mexico students and job seekers to the online tutoring service Brainfuse, with both HelpNow for homework assistance and JobNow providing help to those seeking employment providing much needed assistance to overly burdened librarians. Delello was also instrumental in the Maker-State initiative, an Institute for Museum and Library Sciences and nationally recognized program through the innovative maker space pop-up program for libraries. Delello also provided a key partnership between the state museums and public libraries statewide by creating the Department of Cultural Affairs Family Pass, which allows library patrons to check out this pass for free admission to the state’s eight museums and Historic Sites. Delello’s support was instrumental in working with a statewide panel of librarians and stakeholders to produce a statewide assessment of New Mexico’s libraries.

“Mike’s commitment to Libraries Transform New Mexico has given direction to all our state’s libraries to focus on three principal areas to increase library services to our communities by expanding broadband/e-rate services, ensuring sustainable government funding and locating alternative funding sources,“ Schurdevin said.

“I am so deeply honored to be receiving this award,” Delello said. “Libraries are more than just book repositories.  They serve as quasi social service agencies assisting patrons with e-government service, digital literacy, and resume development just to name a few.

“I have rarely encountered public servants as dedicated to their communities as public and tribal librarians. I humbly dedicate this award to Wanda Walters and Kristina “Krissie” Carter, staff at the Clovis Library, Clovis, NM, who lost their lives while serving patrons in a tragic shooting this past August.”

The Carl Gaumer Library Champion Award will be presented to Deputy Secretary Delello at noon October 18 at the Hardrock Hotel, Stateline Nevada.

About the Carl Gaumer Library Champion Award: To be given to the individual, organization or company whose positive support of the Mountain Plains Library Association is demonstrated by repeated conscientious endeavors towards libraries, library staff, trustees and professional activities. Carl Gaumer, Gaumer Reference Services, was a popular library book vendor and a major supporter of MPLA in the 1970’s. Based in Denver, Gaumer Reference Services served a number of western states. Carl traveled throughout the MPLA region and often exhibited at Library Association conferences.  Among MPLA members, he was most famous for sponsoring a train from Denver to Reno for a joint conference with the Nevada Library Association in 1978, providing a band and refreshments for the 106 librarians who took the train. The award, originally named the Carl Gaumer Exhibitors Award, was later expanded and renamed to include any person or group who significantly supports and champions libraries. https://mpla.us/ 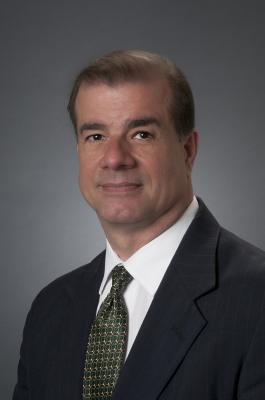