(Santa Fe, NM)— In conjunction with the current exhibition, “Syria: Cultural Patrimony Under Threat,” on exhibit at the New Mexico History Museum through November 3, 2017, author Claudette Sutton will give a lecture exploring her family’s Syrian roots on Saturday, October 14, from 2:00-3:30PM.

Photo caption: AuthorClaudette Sutton’s grandparents and their children, on the patio outside their home in Aleppo, around 1946. Courtesy: NM History Museum

About the New Mexico History Museum and Palace of the Governors National Historic Landmark: http://www.nmhistorymuseum.org.

Opened in May 2009, as the state system’s newest museum, the New Mexico History Museum is attached to the Palace of the Governors National Historic Landmark, a distinctive emblem of U.S. history and the original seat of New Mexico government. The History Museum serves as an anchor of the campus that includes Palace of the Governors, the Palace Press, the Fray Angelico Chavez History Library, and Photo Archives. The Museum presents exhibitions and public programs that interpret historical events and reflect on the wide range of New Mexico historical experiences and serves as a history center for research, education and lifelong learning, delivering quality programs that encourage knowledge, understanding and appreciation of New Mexico’s diverse cultures. A division of the New Mexico Department of Cultural Affairs. 113 Lincoln Ave. in Santa Fe, NM 87501. (505) 476-5200. Hours: 10 am to 5 pm daily, May through October; closed Mondays November through April.  Events, news releases and images about activities at the History Museum and other divisions in the Department of Cultural Affairs can be accessed at media.newmexicoculture.org. 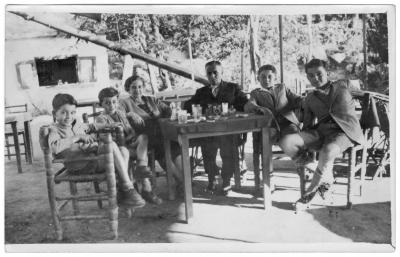 Another Aleppo: A Lecture by author Claudette Sutton 10/14/17