In 1995 Site Santa Fe commissioned  Rubenstein to make Oppenheimer’s Chair for their first International Biennial in 1995, Longing and Belonging: From the Faraway Nearby. That exhibit was to open on the 50th anniversary of the first atomic test at Trinity site at White Sands, the date that inspired Rubenstein’s piece.  Oppenheimer’s Chair suggests the inability of protective coverings: nuclear warheads, armor, bark, snakeskin, the walls of our home – to protect us. We all sit in the same chair as Oppenheimer, in deciding to use the atomic bomb or simply to protect ourselves.

Two years earlier (1993) Critical Mass, a collaborative photo/text video exhibition took as its subject the worlds of scientists and Native Americans as they intersected at the home of Edith Warner at Otowi Bridge, during the making of the first atomic bomb in 1944 in Los Alamos. The Meeting featured in that and this exhibition, looks at this event.

"In addition, an accompanying exhibit tells a more comprehensive story, starting with the Manhattan Project and then moving forward into the postwar era and interpreting the history of the Civil Defense initiatives, the establishment of the national labs at Los Alamos and Sandia in the 1950s and the discovery and exploration of uranium mining in western New Mexico near Grants,” said Melanie LaBorwit, this exhibit’s curator. “The exhibit then continues into the present day to share with visitors an understanding about the Waste Isolation Pilot Project at Carlsbad and the uranium enrichment plant in Eunice. There are also hands on interpretive education interactives throughout so that visitors can learn more about what radioactivity is and what it means.”

There are many remarkable artifacts which the New Mexico History Museum will be displaying, some of them for the first time ever. The museum exhibition will include an actual chair used by J. Robert Oppenheimer in his office at Los Alamos. Other objects of interest will be a sample of trinitite gathered the same week of the Trinity test, a high- speed camera specifically designed for capturing the images of the first atomic bomb, and part of the MANIAC, an early computer used by the scientists of the Manhattan Project.

Come learn about the vast impact of uranium mining on western New Mexico communities and explore scientific innovations that continue to be developed in New Mexico. The New Mexico History Museum has lenders from the Bradbury Science Museum and the Los Alamos Historical Society in Los Alamos NM, the New Mexico Mining Museum from Grants, the National Museum of Nuclear Science and History in Albuquerque, and the Waste Isolation Pilot Plant in Carlsbad, as well as numerous private lenders. It is an exciting opportunity to tell the story of New Mexico’s Atomic History statewide.

Also, this summer, the New Mexico History Museum will host the second annual Tech and the West Symposium. In partnership with the Santa Fe Opera, Tech and the West is a two-year initiative which presented the 2017 world premiere of The (R)evolution of Steve Jobs and the 2018 production of Doctor Atomic. First performed in 2005, the opera Doctor Atomic takes place during June and July 1945, leading up to the detonation of the first atomic bomb at the Trinity Site outside Alamogordo. The text is a mosaic drawn from declassified government documents, participant letters and interviews, poetry by Baudelaire and Muriel Rukeyser, John Donne’s “Holy Sonnets,” the Hindu Bhaghavad Gītā, and a hauntingly prophetic Native American song. John Adams describes his inspiration for the score as “the science-fiction movie music of the 1950s, which I watched as a little kid on black and white television. I remember how many started with some nuclear test in the desert…and the kind of fear that I felt growing up in the 1950s and 60s.”

Visitors are encouraged to overcome their fears and visit Atomic Histories to learn more about the complex historical events which have taken place over the last century in New Mexico. 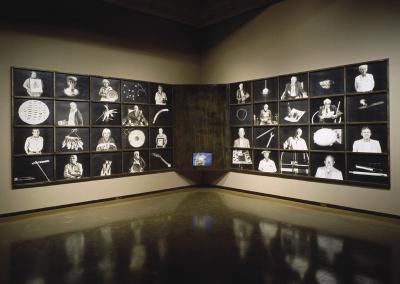 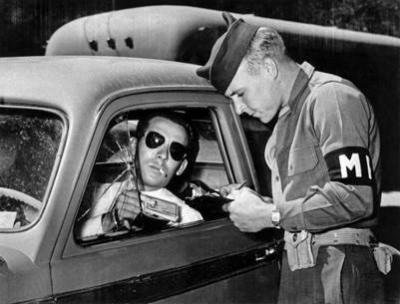 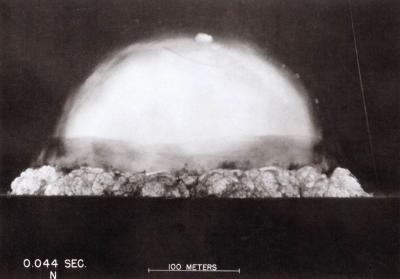 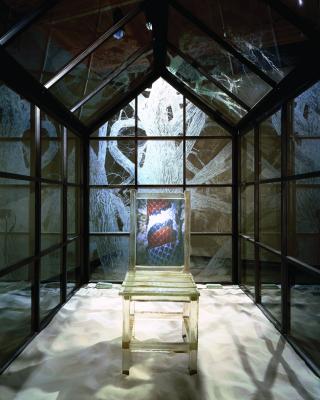