(Albuquerque, New Mexico) – ​The New Mexico Museum of Natural History & Science is pleased to announce that the Da Vinci—The Genius exhibition is being extended an extra month through August 29, 2018 due to popular demand.

More than 70,000 people have been through Da Vinci—The Genius since it opened Feb. 10. That includes more than 200 separate groups from New Mexico public and private schools reaching nearly 20,000 students.

“During da Vinci, 5,000 more students have come through the museum than during the same time period last year,” said Margie Marino, director of the New Mexico Museum of Natural History & Science. “And we obviously expect admission numbers will continue at higher levels through the end of the exhibition.”

As part of the Da Vinci, The Genius ongoing program, the Museum will host acclaimed author Michael J. Gelb, How to Think Like Leonardo da Vinci as the first speaker in a new lecture series, entitled “The Brain: It’s More Than You Think.”

Gelb will speak July 26 in anticipation of two planned exhibitions coming in 2019. In February 2019, the NMMNHS will host an exhibition from the Drug Enforcement Administration Museum called “Drugs: Costs and Consequences, Opening Eyes to the Damage Drugs Cause” as well as another traveling exhibit on the human brain entitled “Brain: The Inside Story” from the American Museum of Natural History in New York.

The two July 26 Michael Gelb programs will be held at the Museum and DynaTheater. The cost of admission for the luncheon is $50 and includes lunch in the Community Gallery of the Museum from noon – 1:30 p.m., remarks by the author, a signed copy of Gelb’s book How to Think like Leonardo Da Vinci, and nontransferable admission to Da Vinci—The Genius exhibition. For tickets to the luncheon see: http://bit.ly/gelbluncheon

A cocktail hour and lecture is scheduled for the same day (July 26) at a separate cost. This $55 ticket will include a 5:30 p.m. cocktail/appetizer reception with remarks by the author, a lecture, a signed copy of Michael Gelb’s book How to Think like Leonardo Da Vinci, and nontransferable admission to Da Vinci—The Genius exhibition. For tickets to the reception and evening lecture see: http://bit.ly/gelblecture

About the New Mexico Museum of Natural History & Science: http://www.nmnaturalhistory.org. Established in 1986, the mission of the New Mexico Museum of Natural History and Science is to preserve and interpret the distinctive natural and scientific heritage of our state through extraordinary collections, research, exhibits and programs designed to ignite a passion for lifelong learning. The NMMNHS offers exhibits, exhibitions, programs, and workshops in Paleontology, Geoscience, Bioscience, Earth Science, Natural Science, Gemology, is the Southwest’s largest repository for dinosaur fossils, and includes a Planetarium and a DynaTheater. A division of the New Mexico Department of Cultural Affairs, the Museum is open seven days a week, from 9 a.m. – 5 p.m., closed Thanksgiving, Christmas and new year’s day. 1801 Mountain Road NW, northeast of Historic Old Town Plaza, Albuquerque, NM 87104, (505) 841-2800.  Events, news releases and images about activities at the Museum of Natural History and Science and other in divisions of the Department of Cultural Affairs can be accessed at media.newmexicoculture.org. 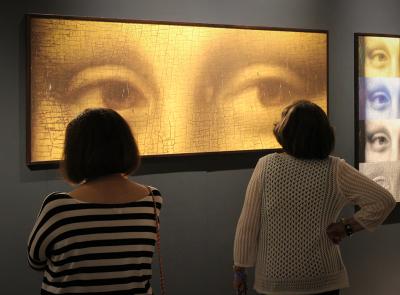