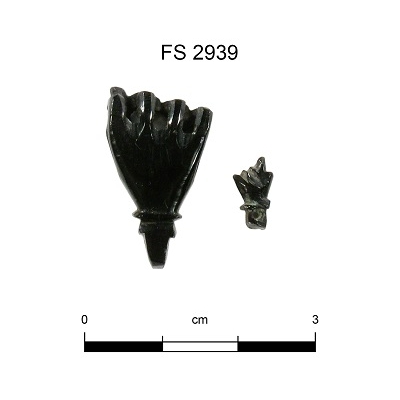 
Fascinating Finds: Seven Bizarre and Extraordinarily Informative Artifacts found behind the Palace of the Governors Between 2002 and 2004, the Office of Archaeological Studies performed excavations behind Santa Fe’s Palace of the Governors in preparation for the construction of the New Mexico History Museum. This project recovered over 700,000 artifacts, each with a story to tell. Yet, some of these items are -by their very nature- more fascinating than others. Objects, such as an Aztec bowl with the power to cure acne and the slag-lined cupel from Battersea Works in England, have the potential to shed light on lesser known aspects of New Mexico’s often sordid and colorful past.  This presentation will examine seven of the most bizarre artifacts found during the archaeological excavations and the history behind their use and disposal at the Palace of the Governors.

Matthew J. Barbour holds BA (2002) and MA (2010) degrees in Anthropology from the University of New Mexico and has worked for the New Mexico Department of Cultural Affairs since 2002. Currently, Mr. Barbour is the Regional Manager of Coronado and Jemez Historic Sites. Throughout his sixteen year career, he has published over 200 nonfiction articles and monographs. In 2012, and again in 2014, Mr. Barbour was awarded the City of Santa Fe Heritage Preservation Award for Excellence in Archaeology.