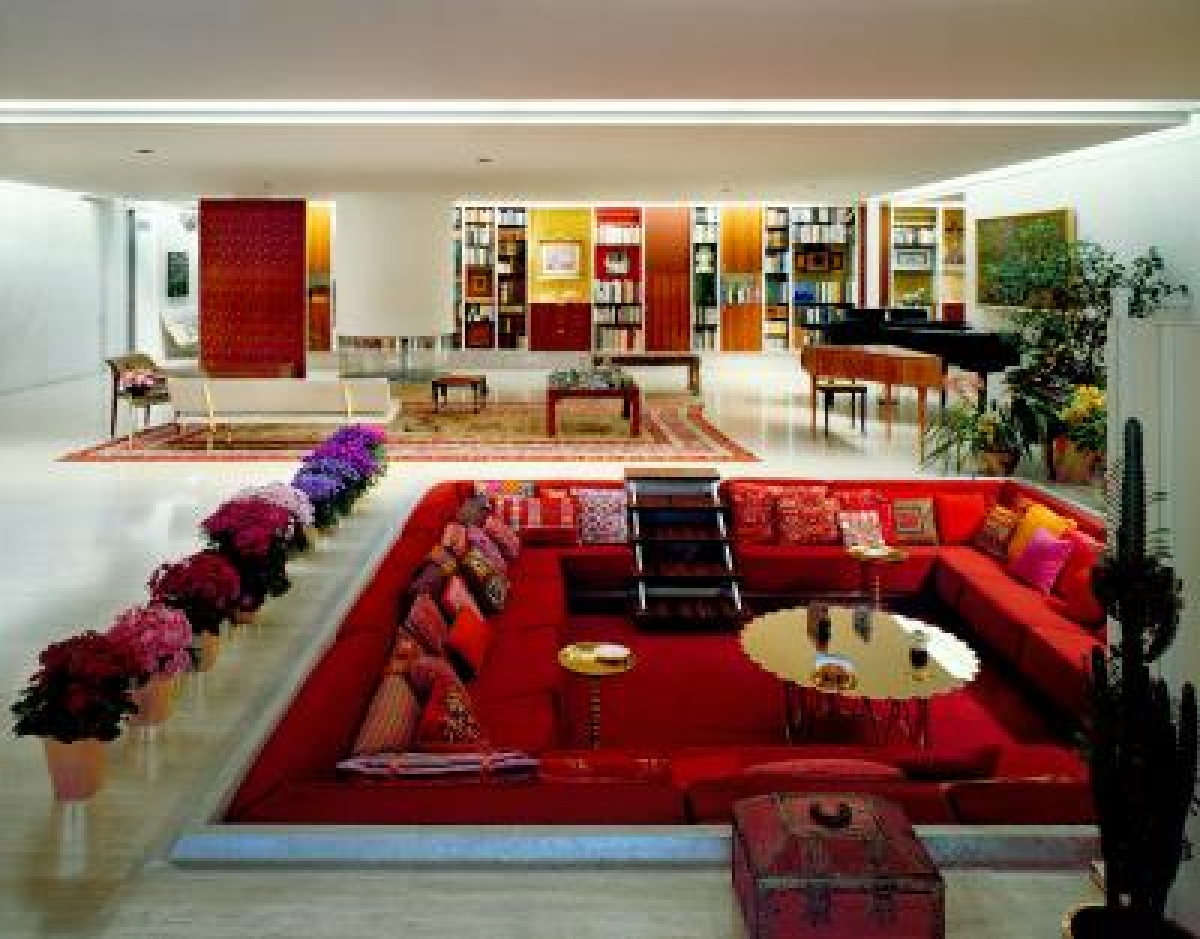 
Mid-Century Santa Fe Series Program hosted by MOIFA and the Georgia O’Keeffe Museum highlight the icons’ shared appreciation for the world’s varied artistry, or as O’Keeffe noted on a slip of paper preserved within the Girards’ archives—“A big world full of wonderful little things.”

Todd Oldham is an American-born designer and president of L-7 Designs Inc. His approach to fashion and style has become known to millions through his fashion lines, interior designs, by appearing in television shows, and books such as "Kids Made-Modern" and "Alexander Girard".  Exhaustively researched and lovingly assembled by designer Todd Oldham, his "Alexander Girard"  is the definitive must-have book on Girard’s oeuvre. Oldham is based in New York City.

Alexander Girard was one of the most influential interior and textile designers of the 20th century. Alexander Girard: A Designer’s Universe is the first major retrospective on Girard’s work, organized by the Vitra Design Museum in Germany. It opens a door to his creative universe and shows his close relationships with contemporaries such as Charles & Ray Eames, Eero Saarinen, Andy Warhol, Rudi Gernreich, and many others. Featured are Girard’s designs in textiles, furniture, and sculptures, as well as numerous sketches, drawings, and collages never shown before. Learn more http://www.internationalfolkart.org/exhibition/3815/alexander-girard-a-designer-039s-universe

Hours: 10 a.m. to 5 p.m. daily, May through October; closed Mondays November through April, closed Easter Sunday, Thanksgiving, Christmas, and New Year’s Day. Events, news releases and images about activities at the Museum of International Folk Art and other divisions in the Department of Cultural Affairs can be accessed at www.media.newmexicoculture.org