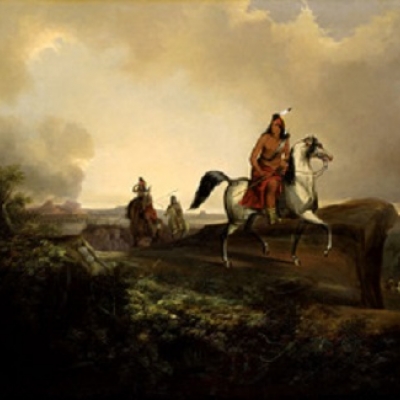 
This lecture will focus on the forgotten Chihene Apache farming experiment at Sabinal, New Mexico from 1790-1795 by placing it in the context of Apache-Spanish relations and Spanish Indian policy.  In response to drought and military pressure, thousands of Apaches de paz settled near Spanish presidios after 1786 in a system of reservation-like establecimientos, or settlements, stretching from Laredo to Tucson.  On paper, the establecimientos constituted the earliest and most extensive set of military-run reservations in the Americas. Yet, Apaches de paz typically exhibited mixed loyalties, sometimes serving Spanish interests, and other times subverting them, demonstrating the limits of indigenous assimilation into imperial states.

Matthew Babcock is Associate Professor of History at the University of North Texas at Dallas and the author of Apache Adaptation to Hispanic Rule, published by Cambridge University Press in 2016.  He earned his Ph.D. from Southern Methodist University, his M.A. from the University of New Mexico, and his B.A. from Dartmouth College.  His research focuses on the history of North American borderlands, American Indians, and the colonial Southwest.