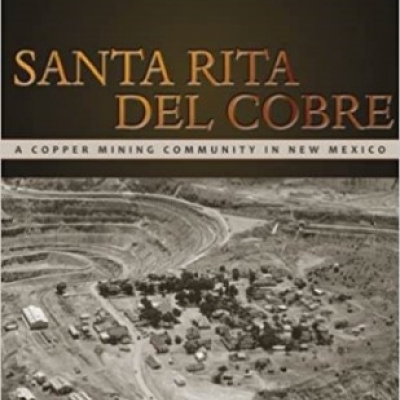 
A joint presentation of two centuries of copper mining at Santa Rita, New Mexico. The speakers will examine the “discovery” of copper, the emergent mining techniques in the 19th century, and the era of open-pit mining. Their discussion will include the technologies, the economics, the workers, the community, and the consequences of the growth of the massive open pit.

Christopher J.  Huggard earned his Ph. D in History from the University of New Mexico in 1994. He is a professor of history at Northwest Arkansas Community College. He has published extensively on the history of mining in the American Southwest, and American West. He is the coauthor with Art Gomez of Forests Under Fire: A Century of Ecosystem Mismanagement in the Southwest (Univ of AZ Press, 2001) and coauthor with Terrence M. Humble of Santa Rita del Cobre: A Copper Mining Community in New Mexico (Univ Press of Colorado, 2012), winner of the 2012 Howard Bryan Western History Award, a 2012 Southwest Book Award, and the 2013 Clark C. Spence Award for Best Book in Mining History.

Terrence M. Humble was born in Santa Rita and retired from Chino Mines as a diesel mechanic and foreman in 2001. He has been recording oral histories, saving documents, and participating in local preservation efforts in Santa Rita since 1967. He has also published several journal articles on his hometown’s history.