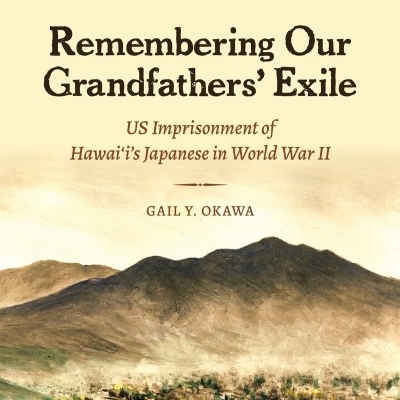 
Dr. Gail Okawa, a granddaughter of a Japanese Christian minister interned at the Santa Fe Internment Camp during WWII, will introduce her 18-year book project Remembering Our Grandfathers’ Exile:  US Imprisonment of Hawai’i’s Japanese in World War II in an illustrated talk.  Her presentation will share her journey of discovery—learning what happened to hundreds of Japanese immigrants, including her grandfather, arrested immediately after the Pearl Harbor attack and exiled from the Hawaiian Islands to mainland camps like those at Lordsburg and Santa Fe.

Learning, too, the stories of imprisoned immigrant fathers who had sons that fought and, in some cases, died in Europe and the Pacific--heroism that President Harry Truman acknowledged when he proclaimed, “You fought not only the enemy, but you fought prejudice, and you have won,” and that the Italians and French in liberated villages have not forgot decades later.

She will also share the stories of New Mexico residents who have memories of the Santa Fe Internment Camp—witnesses who provide rare views of the wartime reality.

In addition to giving talks at the University of New Mexico, the College of Santa Fe, and the Santa Fe Public Library, in 2010 and 2015, Dr. Okawa presented lectures on her research at the NMHM and in 2012 co-organized a Centennial symposium to commemorate the SFIC Marker’s tenth anniversary, co-sponsored by the New Mexico Humanities Council. She is currently working with community members and the NMHM to organize a 20th anniversary event in April 2022.

Dr. Gail Y. Okawa is professor emerita of English at Youngstown State University in Ohio and a visiting scholar at the Center for Biographical Research at the University of Hawai`i at Manoa. Interested in the relationships among language/literacy, culture, and race in historical, political, and educational contexts, she has published numerous articles in national journals and collections and has presented papers and lectures nationally and internationally. In 2002, she began researching the politics of literacy, identity, and culture among Japanese immigrants from Hawai`i, including her maternal grandfather, who were imprisoned during WWII in U.S. Justice and War Department internment camps like those at Lordsburg and Santa Fe.