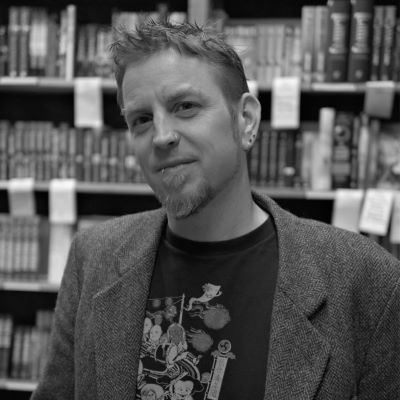 Oct 16, 2022
2:00 PM to 3:00 PM
Public Talk - Masters of Monsters: The Tradition of Horror in Japanese Folklore and Manga
Museum of International Folk Art


Zack Davisson is an award winning translator, writer, lecturer, and scholar of manga and Japanese folklore and ghosts. He is the author of YUREI: THE JAPANESE GHOST, YOKAI STORIES, and THE SUPERNATURAL CATS OF JAPAN from Chin Music Press. He contributed to exhibitions at the WERELDMUSEUM ROTTERDAM, the ART GALLERY OF NEW SOUTH WALES, and the INTERNATIONAL MUSEUM OF FOLK ART.  He has lectured on Japanese folklore and manga at DUKE UNIVERSITY, ANNAPOLIS NAVAL ACADEMY, UNIVERSITA CA’ FOSCARI VENEZIA, UCLA, and the UNIVERSITY OF WASHINGTON, and is a frequent guest and panelist at comic and anime conventions. He has been featured on NPR, the BBC, and in THE NEW YORK TIMES, and has written articles for SMITHSONIAN MAGAZINE, WEIRD TALES, JAPANZINE, METROPOLIS, KANSAI TIME-OUT, and THE COMICS JOURNAL. He was a researcher and on-screen talent for National Geographic’s TV special OKINAWA: THE LOST GHOSTS OF JAPAN, has appeared as a commentator on Chinese news network CCTV. He has maintained the popular Japanese folklore website HYAKUMONOGATARI.COM since 2010. He currently resides in Seattle, Washington with his wife Miyuki, their dog Mochi, cats Bagheera and Sheer Khan—and several ghosts.