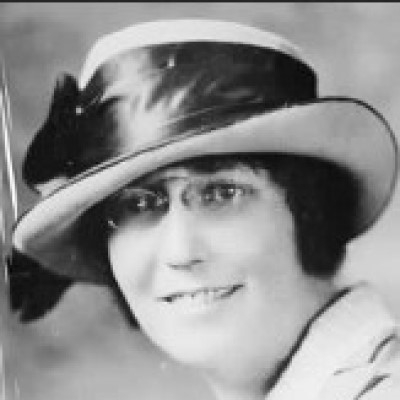 
Adelina “Nina” Otero-Warren became one of five women, and the first Hispanic American, depicted on a U.S. commemorative quarter in 2022.  On the occasion of the release of this commemorative coin, Dr. Nogar will speak on Ms. Otero-Warren’s life as a suffragette, education champion, cultural preservation advocate, businesswoman, and author. She achieved political prominence as an advocate for female and suffrage and as a promoter of Spanish/English and Native education and involvement in education and health efforts supporting nuevomexicanos. Her accomplishments included serving as the first female superintendent of Santa Fe County public schools and as a U.S. Indian Services inspector (1922-1924).  In 1922, she became the first Latina in the country to vie for a seat in the U.S. Congress.

Dr. Anna María Nogar is Professor of Hispanic Southwest Studies in the Department of Spanish and Portuguese at the University of New Mexico. Her research projects examine early 20th century bilingual New Mexican writing as political engagement, and colonial-era transpacific cultural exchanges. She is the author of several books, including the award-winning Quill and Cross in the Borderlands: Sor María de Ágreda and the Lady in Blue, 1628 to the Present; El feliz ingenio neomexicano: Felipe M. Chacón and Poesía y prosa; Sisters in Blue/Hermanas de azul; A History of Mexican Literature; and the forthcoming books A History of Mexican Poetry and A History of the Mexican Novel.

She serves on the advisory boards of the UNM Press and the Center for Regional Studies, in an elected capacity for the Modern Languages Association, and engages with community through public talks, book readings, podcasts, and radio interviews.