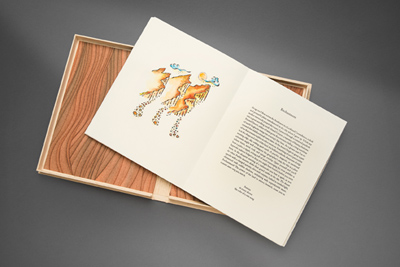 
Celebrated poet and painter John Brandi reads from Into the Dream Maze, his newest book, a limited-edition publication of the Press at the Palace of the Governors. Brandi also illustrated the entries and hand-colored each of the 35 editions. The event is free with admission; Sundays are free to NM residents.

In a preface to Into the Dream Maze, novelist John Nichols writes, “Here is an autobiography in fifteen prose poems and sweet haikus and whimsical joyous pictures. They reveal a man in harmony with the natural environment, a soul at peace with itself and with the vast energy surrounding it. The effect is wonderful. We should all love the world this much.”

A master of haiku, John Brandi notes that the collection “was written in the haibun form, a combination of descriptive prose punctuated by haiku. Matsuo Basho (1644–94) was the great master of haibun, as well as of the poetic pilgrimage. His most famous work, written toward the end of his life, was Oku no Hosomichi (Narrow Road to the Interior), the result of walking nearly 1,500 miles through Japan as a literary-spiritual discipline.”

Into the Dream Maze is homage to the wandering poets of Japan that John Brandi has followed for years, and also a love-letter to New Mexico’s land, sky, prayed-for water, ancient people and next-door neighbors. 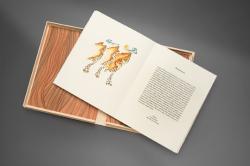 Into the Dream Maze