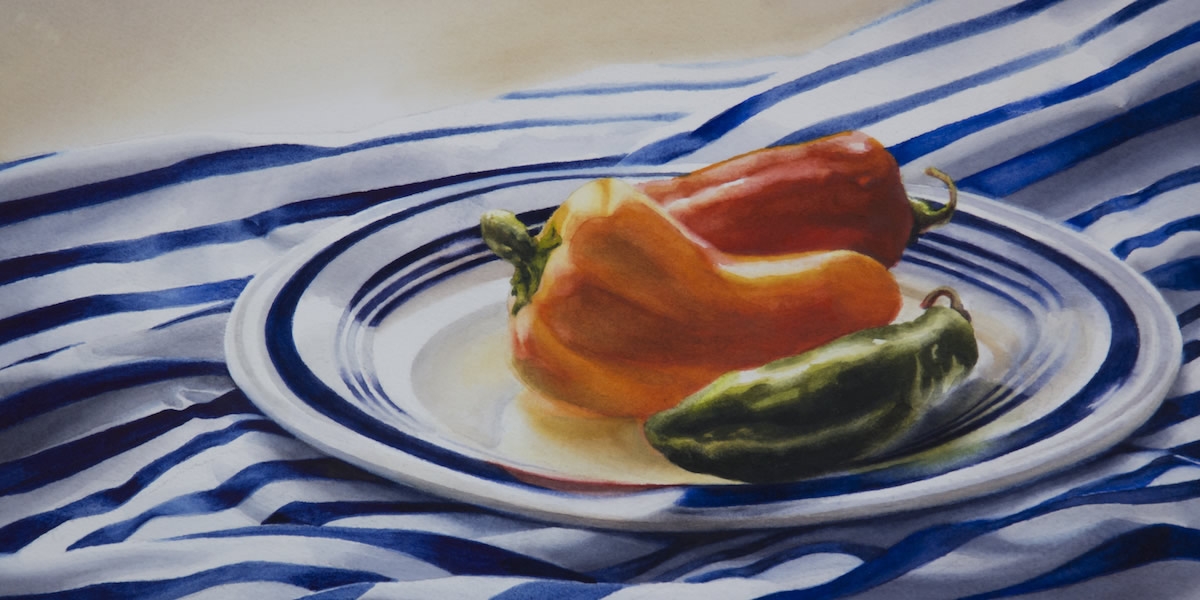 "A Movable Feast: Foods of New Mexico" is an art show presented by the New Mexico Watercolor Society, Southern Chapter. The show will be in the Museum’s Arts Corridor from through Aug. 6.

From Puebloan times to the present, agriculture and farming have played a very important role in making the Chihuahuan Desert and all of New Mexico a place where people could live. Indian, Spanish and modern farmers have always accepted the challenges of limited water and harsh terrain as they planted and plowed to produce the foods we eat today. With hard work and dedication, they have given us such foods as chile, nuts, wine, honey and fruit; along with things like squash, corn, beans, sunflowers and yuccas. In this exhibit, NMWS members have created works based on their own visions and inspirations.

The New Mexico Watercolor Society was founded in 1969 as a statewide chapter of the Southwestern Watercolor Society, and became an independent entity in 1975. The purpose of the NMWS is to elevate the stature of watercolor as an important painting medium and to educate the public to this effort; the ultimate goal is to make New Mexico known nationally for its watercolor artists. As the southern half of the state of New Mexico grew, the need for a local chapter of the NMWS was recognized by a small group of active artists in the Las Cruces area. A proposal for the Southern Chapter’s formation was presented to and approved by the NMWS Board (in Albuquerque) in October, 2001.