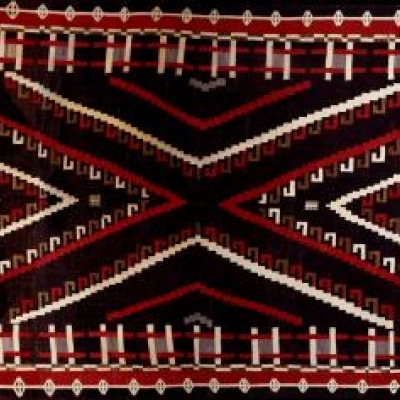 The Museum of Indian Arts and Culture (MIAC) is commemorating the 150th anniversary of the signing of the Treaty of Bosque Redondo, signed June 1, 1868, by displaying an extraordinary wool rug woven in tribute to the Long Walk. Created in the early 1900s, the rug is an impressive 9 ft. by 15 ft., last displayed at MIAC in 1996.