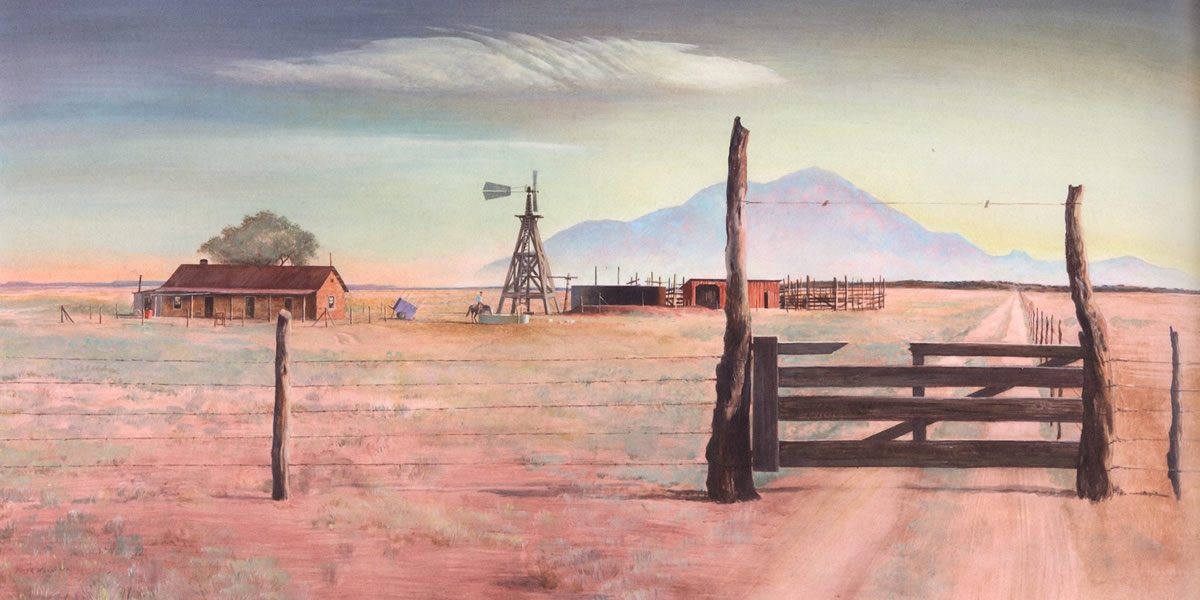 Legendary New Mexico artist Peter Hurd is featured in this exhibit in the Museum’s Traditions Gallery.

"Drawn to the Land: Peter Hurd’s New Mexico" features 24 paintings and some of the artist’s belongings, including one of his palettes, a pair of chaps, sombrero, guitar, and polo helmet and mallet.

The show, which includes loans from the Hurd La Rinconada Gallery in San Patricio, N.M., and the El Paso Museum of Art, also features a video about Hurd (1904-1984).