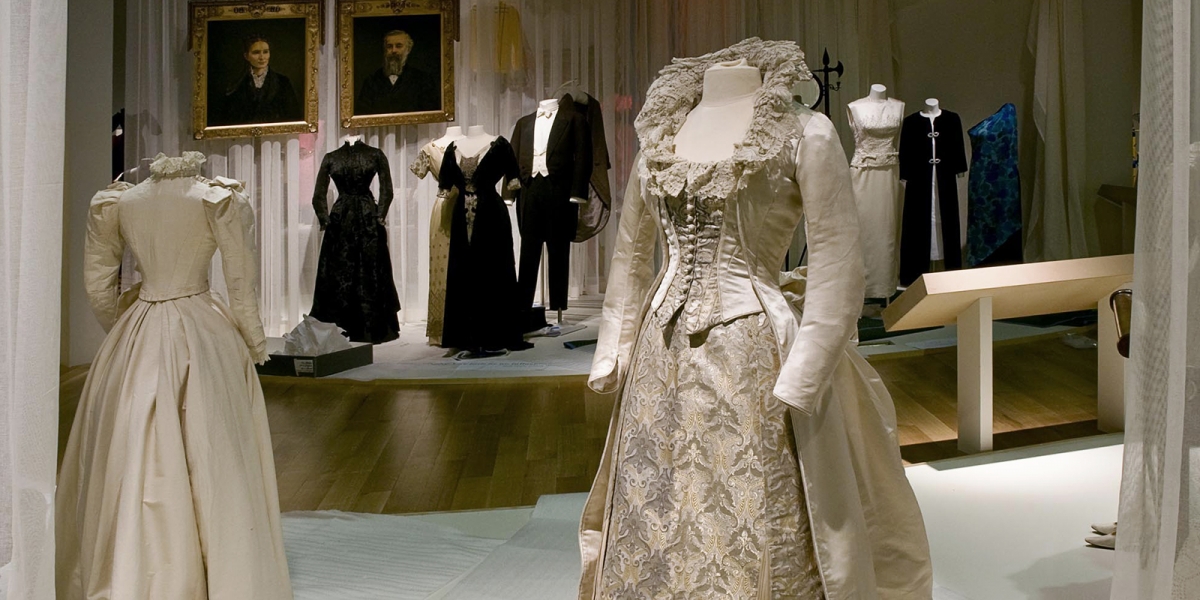 Life’s passages carry layers of meaning and memory – the foods we eat, the songs we sing, the clothes we wear. The ways in which our predecessors chose to clothe themselves – for a baptism, a prom, a war, or an opera opening – have been collected by the New Mexico History Museum for 100 years. As part of the Museum’s grand opening May 24, many of those outfits are, shall we say, coming out of the closet.