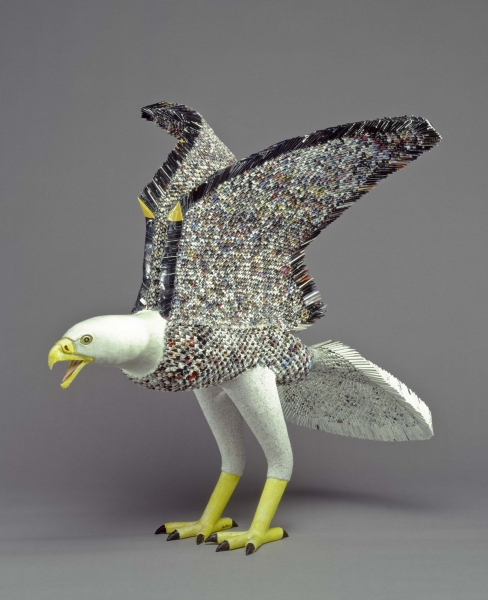 Between the Lines invites an expansive definition of imprisonment, incorporating perspectives from criminal detention centers alongside ICE detention centers, Native boarding schools, and other systems of internment. Between the Lines will challenge the narrative about who prisoners are, while exploring the ripple effects detention has on family and community. Rooted in prisoners’ resilience, ingenuity and creativity, this exhibition also examines how the arts can be a catalyst for healing, rehabilitation, and change, and an act of resistance in themselves.

Grounded in local community, this exhibition began with a series of dialogues, paño and poetry workshops at the Metropolitan Detention Center (MDC) in 2017. A ‘school-to-prison pipeline’ initiative with at-risk-youth followed in 2018, https://www.sitesofconscience.org/en/2018/01/brown-v-board-to-ferguson-toolkit/ in collaboration with Santa Fe ¡YouthWorks!. Other partners include the Gordon Bernell Charter School (located in MDC where students have the opportunity to recover credit and earn a high school diploma), the Santa Fe Dreamers Project, and the Coalition for Prisoner’s Rights.

Additionally, Between the Lines will explore the infamous 1980 New Mexico State Penitentiary Riot through a series of interviews with Northern New Mexico locals, teachers, social workers, and former inmates, conversations which further illuminate themes of prisoner’s rights and advocacy.

Artworks are drawn from MOIFA’s extensive prison art collection, alongside recently acquired pieces - purchased at the Penitentiary of New Mexico (PNM) Inmate Craftsmanship and Trades Fair, sourced from local artists, teachers, and those working in prisoner’s rights organizations, and pieces newly created through related programming. As is customary with the Gallery of Conscience, community programs will play an integral role in and run throughout the course of the exhibit, with off-site conversations, art making events, and pop-up galleries seen as vital, companion components of the in-gallery space, and newly created artworks and prompts being rolled into the exhibition to spark new conversation.

This exhibition will be made accessible online to the fullest extent possible, as well as on DVD to share with those currently incarcerated.

Paper sculptures made from recycled magazine pages demonstrate a paperworking tradition found in prisons and detention centers. The eagle above was made by a Chinese refugee who was aboard the ship Golden Venture which ran aground in New York in 1993. Lin and other refugees who were aboard the ship were detained at York County Prison in Pennsylvania for nearly four years. Many made folded paper sculptures to pass time in prison and to give as gifts to their pro-bono lawyers.