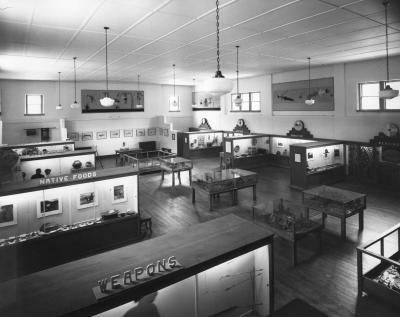 Hall of Ethnology exhibit space, 1942. Opened in 1941, the Hall of Ethnology occupied the Old Armory Building on Washington Avenue until the late 1970s. This long-term exhibition space adjacent to the Palace of the Governors has nearly faded from public m

From the exhibition:
On Exhibit: Designs That Defined the Museum of New Mexico
New Mexico History Museum