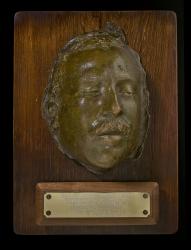 In 1920, Gen. Francisco "Pancho" Villa ended his adventures as a revolutionary and bandit and retired to his large hacienda in Chihuahua. Three years later, he was assassinated in Parral, Mexico. On display in the History Museum’s main exhibit, Telling New Mexico: Stories from Then and Now.